Comedy writer and performer John Finnemore has been honoured with a special award at the 2020 Writers' Guild Awards.

The Writers' Guild of Great Britain (WGGB) announced the winners for its awards at a ceremony at the Royal College of Physicians in London tonight (13th January), hosted by Katy Brand.

Finnemore was presented with the prestigious Outstanding Contribution to Writing award by David Tyler who has produced many of his radio comedies.

"Amongst his many credits for BBC Radio 4, Finnemore has written and performed in John Finnemore's Souvenir Programme, as well as Cabin Pressure and Double Acts, for both of which he won the Writers' Guild Award for Best Radio Comedy, in 2011 and 2017 respectively. He has also won more Comedy.co.uk Awards for writing than anyone else to date."

On receiving his Outstanding Contribution to Writing award, he said: "Receiving this award from the WGGB, and therefore from fellow writers, is deeply gratifying... and utterly astonishing. So, to whoever it is they've given it to me in mistake for: I'm very sorry for you, but good luck trying to get it back off me now." 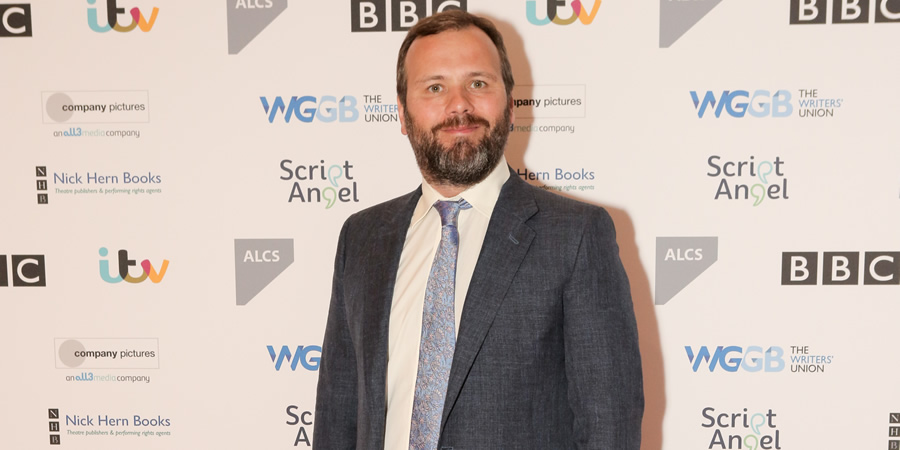 Talking about the Outstanding Contribution to Writing title, Dave Cohen, the co-chair of the Writers' Guild Comedy Committee, says: "It's the first time in ages that a comedy writer has won the award and fantastic for John to be recognised in this way. John is the only comedy writer to have won the Writers' Guild Radio Comedy Award for two different shows - Cabin Pressure and Double Acts.

"Radio is often overlooked, or treated by writers and producers as a stepping stone to the more glamorous world of TV, but John proves that it's a successful medium for comedy in its own right. Many of our most successful novelists, screenwriters and dramatists began writing for radio, and often come back to the form, because it is such a respecter of writing.

"John has proved himself across every kind of radio comedy writing - Cabin Pressure managed to create an alphabet of 26 dazzling episodes within the traditional sitcom form, Souvenir Programme is a sketch show with an astonishing hit rate, while John's Double Acts shows took the one-act story form to new and exciting places.

"John isn't just a great writer and a great performer - although he is clearly both: he is a great innovator. And unusually for this award, he has received it at a relatively early stage in his career. We look forward to many more years of Finnemore genius."

A number of other comedy writers also picked up prizes in the awards: 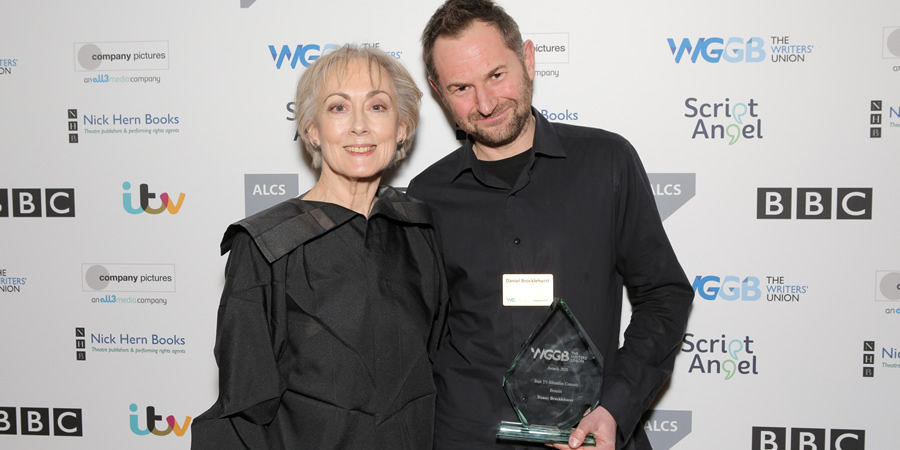 Paula Wilcox presented Danny Brocklehurst with this award, for his work on the new Sky One comedy drama series Brassic. 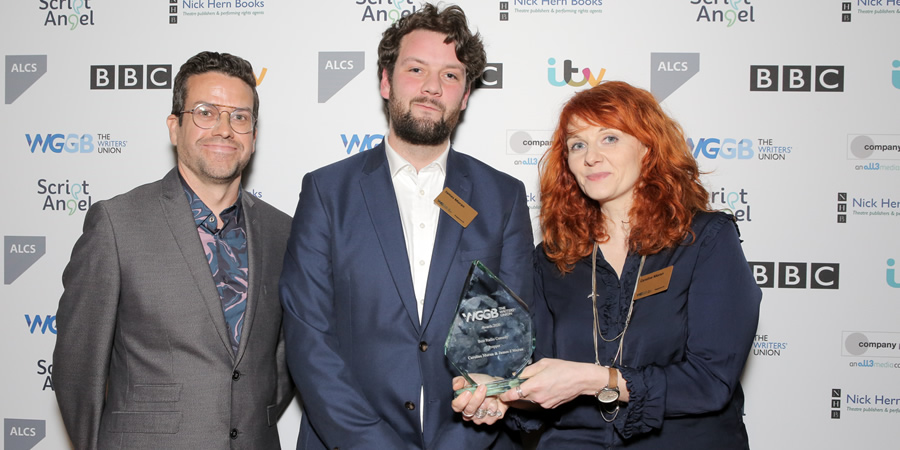 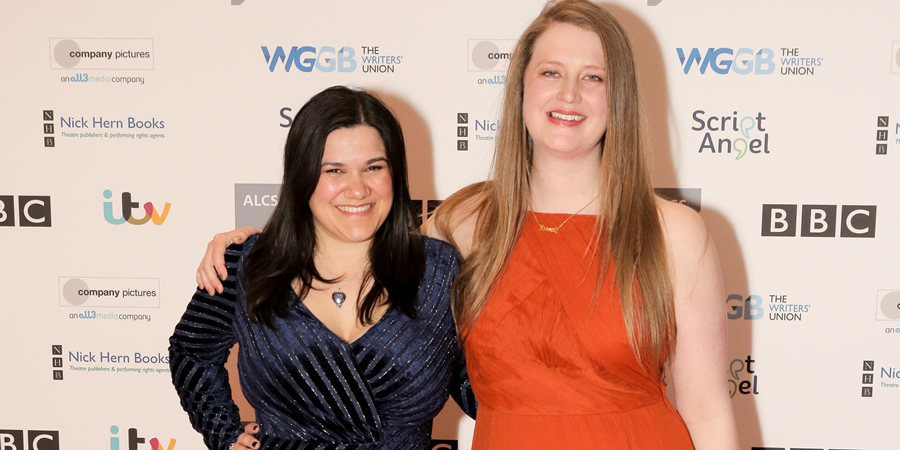 Hannah George and Tasha Dhanraj for Side Effects of the Pill

This title was awarded to Hannah George and Tasha Dhanraj for their BBC Three sketch titled Side Effects Of The Pill, which was presented to them by John Finnemore; the second time the pair have received the accolade, having picked up last year's gong. 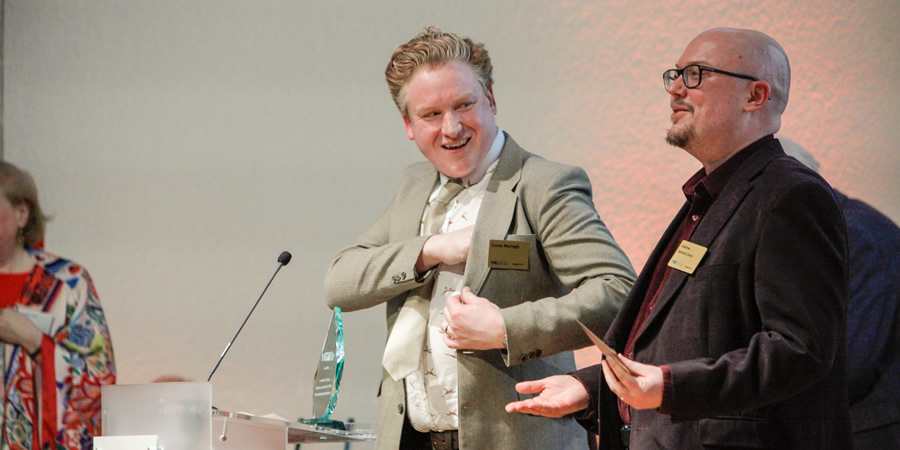 Ciaran Murtagh and Andrew Barnett Jones were recognised in this category for their work on the Melted episode (Series 2, Episode 39) of CBBC's reboot of Danger Mouse. 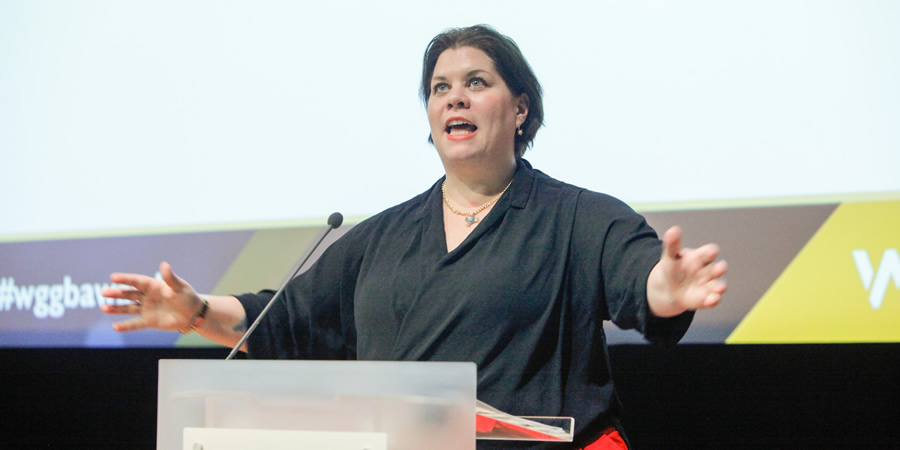 Host Katy Brand said of the event: "I am thrilled to have hosted the WGGB Awards 2020 this evening, not least because it means I spent an evening with the best writers in the world without having to worry about winning anything myself. I just enjoyed the immense throb of talent in the room, and hopefully helped make the evening entertaining, inclusive, and a celebration of all the outstanding work of the past year - congratulations to all the deserved brilliant winners." 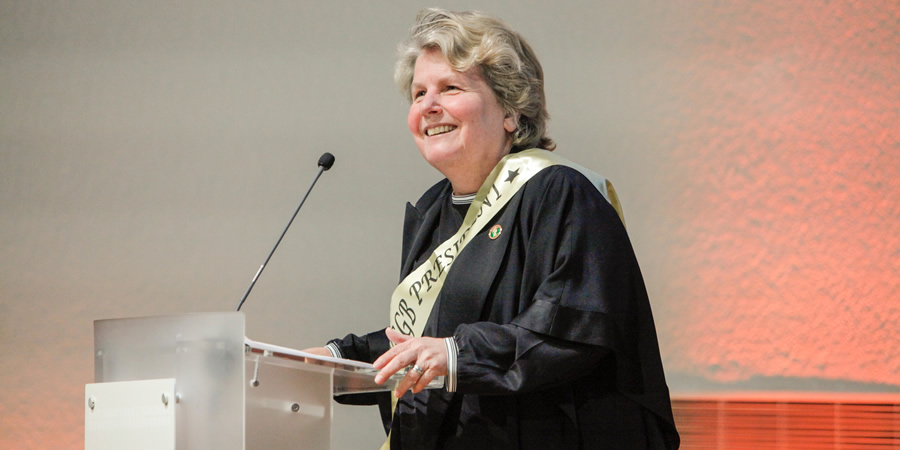 WGGB President Sandi Toksvig says "Congratulations to all the Writers' Guild Awards 2020 winners, it's a sheer joy just to be in a room amongst such wonderful writers. These ridiculously talented people have kept us entertained throughout the year with their brilliant writing, they have brought us much needed tonic during these challenging times, and we have been spoilt rotten by their wonderful creations!"