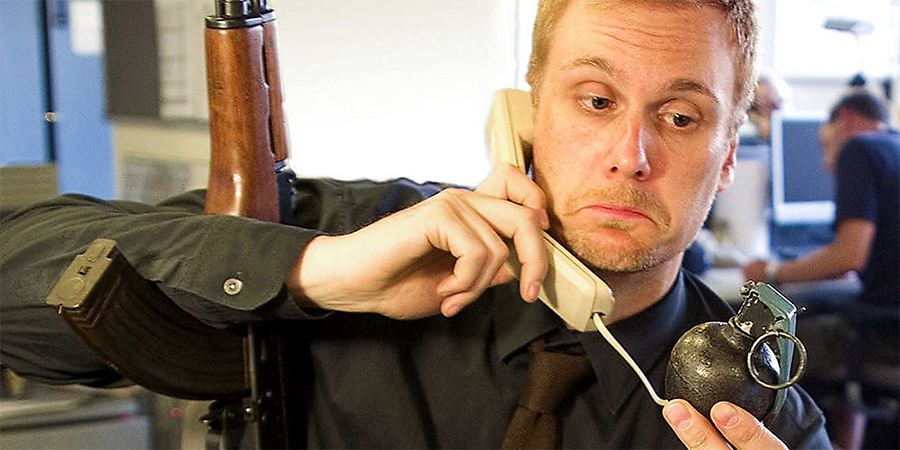 Radio sitcom starring Darren Boyd as Simon McGrath, a weapons dealer who never intended to go into the arms trade

Sitcom by Laurence Howarth about a man who has reluctantly drifted into the arms dealing trade.

Simon McGrath likes to think of himself as a good person. He donates blood, he recycles his newspapers, bottles and some of his cans, and he's adopted two tigers. But, just like everyone else, he has to pay his mortgage... and that's why he currently works as an arms dealer.

Simon fell into the arms trade but says he's definitely going to leave soon. If he wasn't doing his job, someone else would - that's how he is justifying it at the moment. And it's people who fire bullets, not his guns, right? At least he doesn't work for McDonald's!

Safety Catch is a contemporary sitcom that mocks black-and-white notions of morality. It exposes the ugly trade-offs and necessary fictions in working lives and relationships through the example of Simon McGrath and the lies he has to tell himself just to get up in the morning.