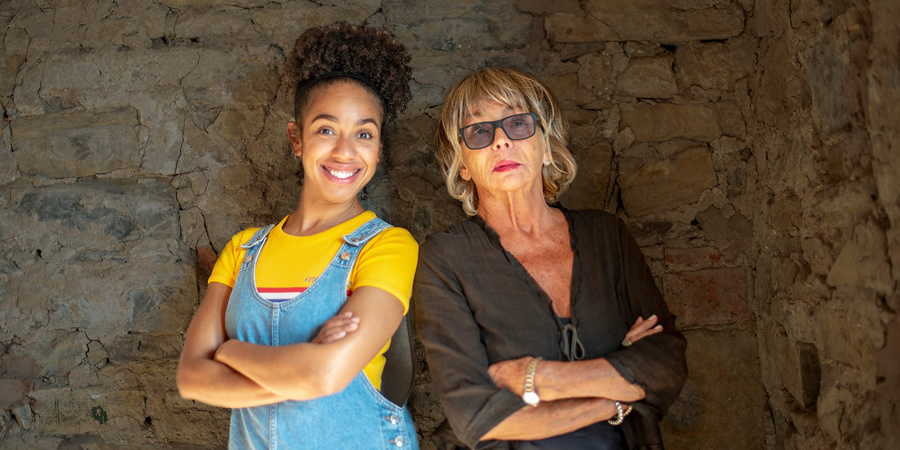 Sitcom about a pair of women preparing for a zombie apocalypse

ISIS. The Courgette Crisis. Signs of civilisation's fragility are all around. No wonder the Doomsday Clock just nudged closer to midnight. In this fearscape, more and more people are wondering how they'd cope if everything we take for granted (law and order, access to healthcare, iceberg lettuces in Sainsbury's) was taken away.

Preppers - a large and rapidly growing global community - have taken this thought one step further. They're actively skilling-up, laying down supplies and readying themselves for the end of the world, in whatever form it comes. Indeed, a prepping shop just opened in Newquay and if people in Cornwall are prepping, it's time to worry.

Prepper follows neurotic, debt-ridden Rachel (Pearl Mackie) and hard-as-nails 'Churchill in Spanx' Sylvia (Sue Johnston), working class Mancunians who prep and podcast, sharing knowledge with their community, and showing off just how Armageddon-ready they are.

Told through their podcasts from Sylvia's garage and featuring 'apoco-tips', 'end of days drills' and interviews with preppers from around the world, Prepper comically explores how two mismatched women live with the possibility of the end of days, and how they bond over their determination to survive.

Writers Caroline and James Moran say: "We have always believed the end of the world would happen in our lifetime. This is why children should not be allowed to watch The Terminator. So, writing a comedy series about people who think the same way will be extremely therapeutic, as well as enormous fun. Plus, the prepping skills we're picking up may well get us through 'the Big One'."