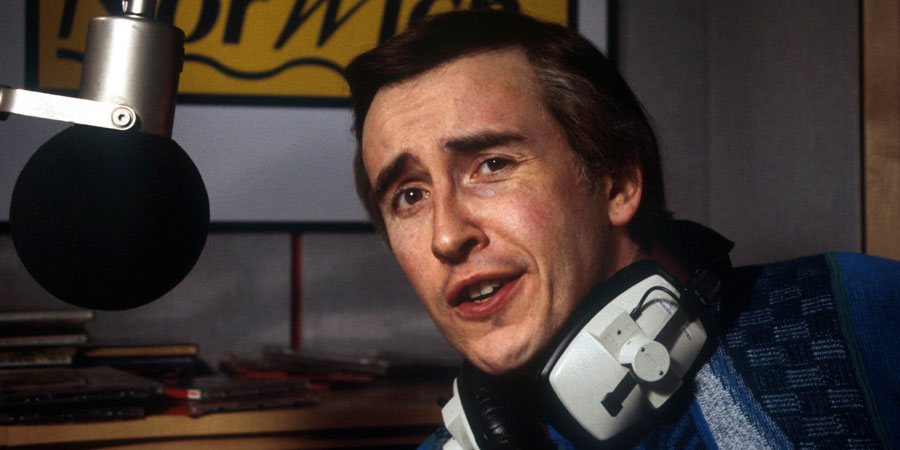 After the cancellation of his disastrous television chat show, Knowing Me, Knowing You, we find the eponymous media personality clutching at the remaining straws of his career by hosting a midnight phone-in talk show on local station Radio Norwich.

The first series finds Alan living in the Linton branch of the Travel Tavern hotels chain, chosen because it is "equidistant between London and Norwich", frequently aggravating the long-suffering members of staff whilst scrabbling around for opportunities on BBC TV.

Come the second series, Alan has had a full mental breakdown, moved fully to Norfolk, and taken up residence in a caravan whilst he has a home built. He has a peculiar part-girlfriend relationship with an eastern European lady, Sonja, and whilst still delusional about his own capabilities and level of fame, is no longer plaguing BBC bosses.