Alan Partridge embodies embarrassment. Despite having been absent from television screens for quite a few years, Alan is under the impression that he is still a major media star. Every time he opens his mouth he manages to make a fool of himself or offend someone, and more often than not is totally oblivious to the fact. The less said about his fashion sense, the better.

Having worked his way up from a show's radio sports reporter, Alan had hosted his own prime-time chat show, Knowing Me, Knowing You. Whilst presenting that he quickly forged a strong brand image with his crimson blazer and catch-phrase "Ah-ha!".

However, things went rapidly downhill Partridge when he accidentally shot a guest, and shortly thereafter found he could only get work hosting an early morning slot on his local radio station, Radio Norwich. His wife, Carol, left him, and he moved into the Linton Travel Tavern where the unlucky staff became his extended relations.

After many depressing years of trying to get his career back on-track, Alan finally looked like he was moving up in the world when he got a girlfriend and was promoted to a late-night radio slot. He also returned to television, albeit hosting a military-based quiz show on an obscure digital station, Skirmish. 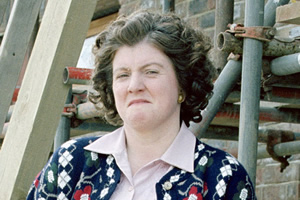 Shy and loyal Lynn is Alan's Personal Assistant. She comes to see Alan on a daily basis, despite the fact that he often abuses her devotion by making her do things far beyond her call of duty, such as pretending to be his wife.

A 50-year-old spinster, Lynn seems devoted to her employer, praising him constantly, putting up with his incredibly insensitive comments and carrying around a selection of medical supplies to alleviate his various ailments (including flaking skin and fungal-infected feet). 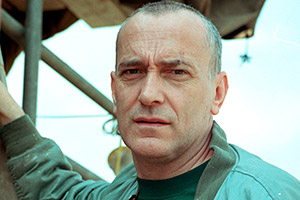 Geordie and ex-army man Michael was the Linton Travel Tavern handyman when he first met Alan, and later became an attendant at the nearby BP petrol station.

Alan considers him a friend - quite possibly his only one - but in reality often has trouble understanding his strong northern accent. 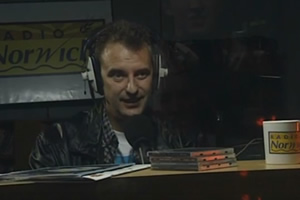 Dave Clifton is a presenter at the radio station that Alan works at. The two of them have a bitter rivalry, sometimes even exchanging blows on air. 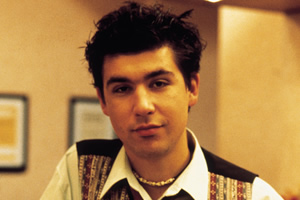 21 year-old Ben is the handsome, intelligent, pleasant young man who does the odd jobs around the Travel Tavern.

Just like everyone else, Ben laughs at Alan behind his back, but Alan seems particularly unaware in his case.

Much to Alan's disgust, he is dating fellow employee Sophie. 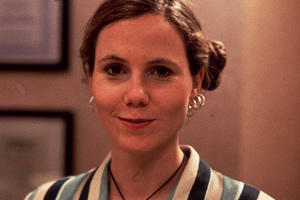 Sophie is the young, attractive trainee receptionist at the Travel Tavern. She lives in utter dread of being left alone, as it will inevitably lead to talking to Alan. Particularly unfortunate as she can't stand him any more than she can stop herself laughing at whatever he says. 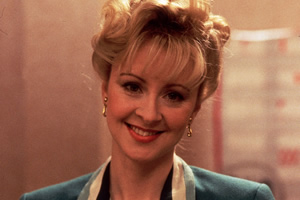 Susan is the bubbly and friendly Travel Tavern manageress. Despite Alan's advances and his constant time-wasting and boring conversations, she holds her cool until the final episode when she tells Alan how much she hates him. 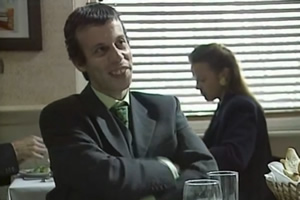 Tony Hayers is a BBC TV executive, and Alan is desperate to get back in his good books. He has lots of ideas for Tony... "Monkey Tennis?" He keeps dreaming about Tony too, which is a bit disturbing. 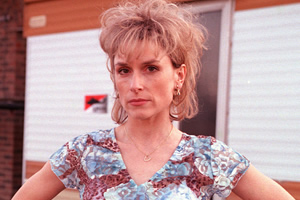 Sonja is Alan's much younger (33 year-old) Ukrainian girlfriend. She works in a coffee shop in the centre of Norwich and spends most of her earnings on un-wanted, tacky, London themed gifts for Alan. The pair have an odd relationship, apparently living together in his caravan but without her having left her flat.

Sonja is quite gullible, for example believing a claim that Alan is 'close friends' with the singer Bono.