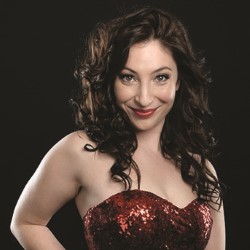 Actress, impressionist, singer and voiceover artist, Jess, has appeared on both stage and screen. She toured the UK recently in Jim Cartwright's Little Voice and starred with Joan Collins in Full Circle. She has also appeared on numerous shows for Radio 4, including the Sony Award winning The Secret World, The Now Show and Fifteen Minute Musicals. Her television work includes Dead Ringers, The Impressions Show, Spoof!, The Slammer and Scoop! for the BBC. She co-wrote and starred in her own sketches for ITV's Comedy Cuts and is the voice of CBBC's Horrible Histories and provided the core female impressions for CBBC's HEDZ! and ITV's Headcases.

Nick Doody is creator and writer of Bigipedia and writer on the Sony Award-winning Armando Iannucci's Charm Offensive. Other credits include 8 out of 10 Cats, Have I Got News For You, Mock the Week, The Now Show and The News Quiz.

Rohan Acharya is accomplished producer and director and has a huge number of TV and theatre credits to his name, including BBC3's White Van Man and Brendon Burns' Edinburgh Comedy Award winning show, So I Suppose This is Offensive Now!