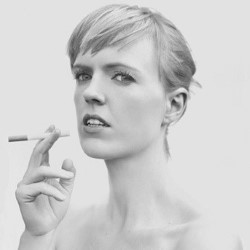 Some people have got 'it'. Holly most definitely does not. But who needs 'it' when you've got a Gold Duke of Edinburgh Award and nearly two thousand Nectar points? As seen and heard on Mock the Week, Would I Lie To You, Just a Minute, Never Mind the Buzzcocks and The Unbelievable Truth. Edinburgh Comedy Award Best Newcomer nominee and Chortle Award winner. 'Gifted with snappy wit and crackling talent' (Guardian). 'Delightful moments of hilarity' (Chortle.co.uk).

Acclaimed comedian and writer Holly Walsh returns to Edinburgh, after her sellout 2011 Best Newcomer Nominated show Hollycopter, with her new hour - Never Had It.

Some people have got 'it'. Holly most definitely does not. The only time anyone has ever said 'still got it!' to her, they were talking about a chest infection. In her new show, Holly asks why some people have nailed life, whilst she seems to have mislaid the instructions?

In the three years since her last Edinburgh Fringe outing, Holly has appeared on Mock The Week (BBC2), 8 Out of 10 Cats (C4), Never Mind the Buzzcocks (BBC2), and Would I Lie To You? (BBC1). Alongside her performing credits, Holly has established herself as a leading comedy writer, co-creating the BBC3 series Dead Boss with Sharon Horgan. The US pilot of Dead Boss, starring Jane Krakowski (30 Rock), was made earlier this year for Fox. Previously, Holly has co-written two pilots for ABC - Bad Mom and Bad Management, as well writing for Bafta nominated Cardinal Burns (C4), Psychobitches (Sky) and Crackanory (Dave).

Holly started doing stand up in 2006, and was named 'Chortle Best Newcomer' in 2008. Her debut hour Hollycopter, was nominated for the Fosters Edinburgh Comedy Best Newcomer Award in 2011'. As well television, Holly has appeared on a host of BBC Radio 4 shows including The Unbelievable Truth, Charlie Brooker's So Wrong It's Right, Just A Minute, The News Quiz and The Now Show. She will also be chairing her own Radio 4 show Best Behaviour in the New Year.