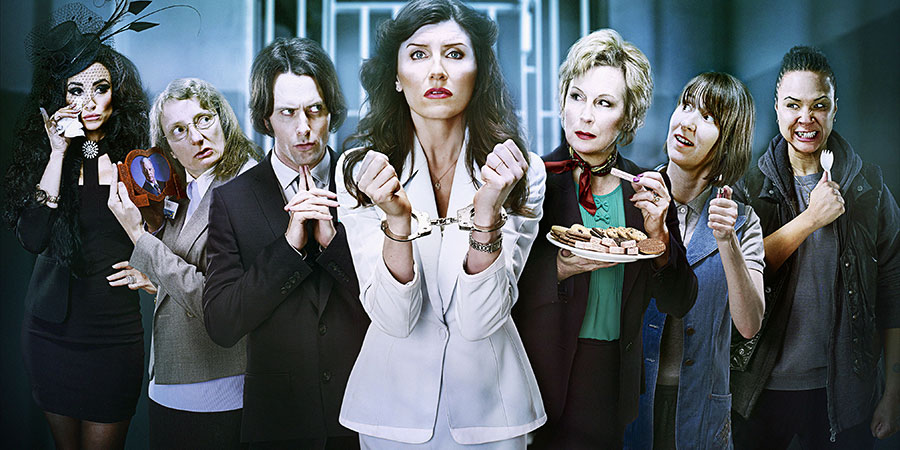 Helen Stephens has never done anything wrong in her life. Apart from that time she was stopped for drink driving (she thought 'sangria' was Spanish for Fanta).

When she is falsely imprisoned for the murder of her boss, she knows it's only a matter of time before this horrible mistake is sorted and she is back to her old life. However, everyone else around Helen seems to be conspiring to keep her on the inside for one reason or another...

Her fiancé and key alibi, Justin, prefers her being in prison because he just can't face dumping her. Plus her younger sister Laura is quite happy she's inside as she's moved into her flat, taken her job, and her place in the pub quiz team. And Henry, the weirdo from work, is beginning to realise his weekly prison visits are the only guaranteed way to spend time with her.

If that's not bad enough, her lawyer, Tony, is a specialist in "injury at work" claims and thinks shouting "You can't handle the truth" amounts to a convincing defence.

There's also Mary, Helen's nemesis from her former work place, the head office of Entirely Tiles; and Mrs Bridges, the glamorous and not so grieving widow of Helen's murdered boss. Not to mention Margaret's henchmen guards Frank and Tim, and 'Top Dog', the big cheese among the Broadmarsh prisoners!

Despite all this Helen is determined to stay optimistic, and to get out with her dignity intact. All she has to cope with now is a prison governor who believes that appeals are bad for morale, and an arsonist cellmate who just wants a hug.

Against a backdrop of life in Broadmarsh Prison, Dead Boss is a sitcom with a little "murder mystery" thrown in, as Helen fights to prove her innocence by finding her boss's real killer. Whoever it is, he or she is still on the loose and could kill again.

Helen documents her time in prison in her letters to Maurice, her pen-pal on Death Row in Kansas. She happily distracts him from his impending demise with tales of the South Wing's production of The Pirates Of Penzance.