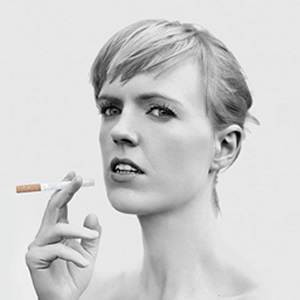 The result was announced at a ceremony at the Edinburgh Festival hosted by Russell Kane. The compere joked that his own poster wasn't actually eligible for the awards because every one of his has had the 'C word' scrawled across his forehead.

Holly Walsh, who is performing a show called Never Had It, takes home the £500 prize provided by sponsors Bull Dog Gin and Magners Cider. She said: "This will pay for the one giant poster of mine at Cowgate that people are currently pissing against. I did this poster entirely by myself - apart from the photography, lighting, make up, typesetting, design, Photoshopping, graphics, and all other main creative decisions."

On hearing of his win, Steen quipped: "Finally my high res PDF with embedded fonts is getting the recognition it deserves."

Taylor said: "When I first heard about the Poster Awards I thought 'Great, just what the Fringe needs, another form of judgement'. But then I came third and got £200. Yay for judgement! I haven't been this excited about coming third in a poster competition since my year 9 geography teacher let us get creative about wind farms. The £200 will be spent wisely on a train journey home to a place where there are no bloody posters of comedians."

Ryan Newey, judge and Creative Director of advertising agency Fold7, who organised the awards, said: "Every year an incredible amount of time and effort goes into creating not only the shows, but also the posters that drive the crowds to them. Fold7 are proud to be the first to recognise the talent and energy that goes into them.

"Congratulations to Holly Walsh, whose entry truly deserved the first place prize. Her poster not only stands out on the crowded streets of Edinburgh but is also as witty as it is well designed."

The Comedy Poster Awards are the brainchild of comedy producer Gina Lyons.

Below are the three winning posters in full: 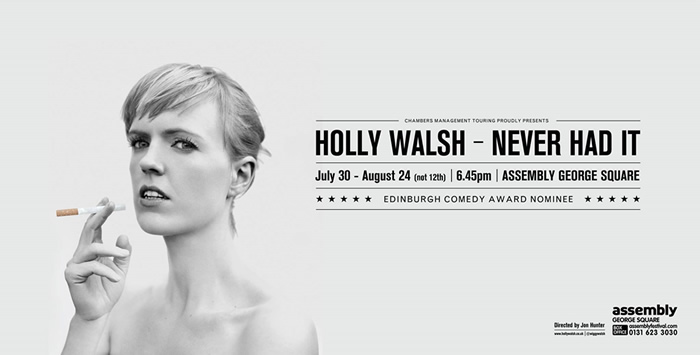 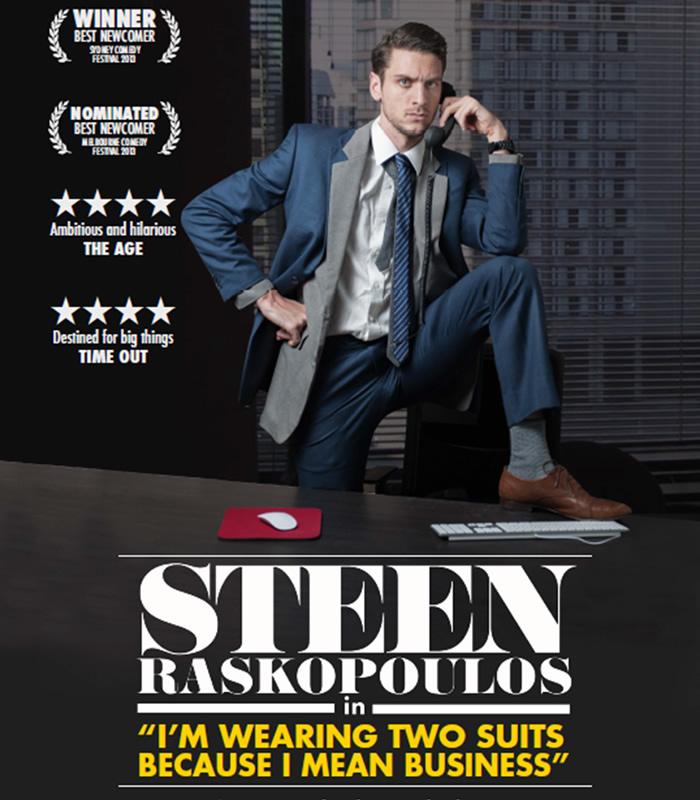 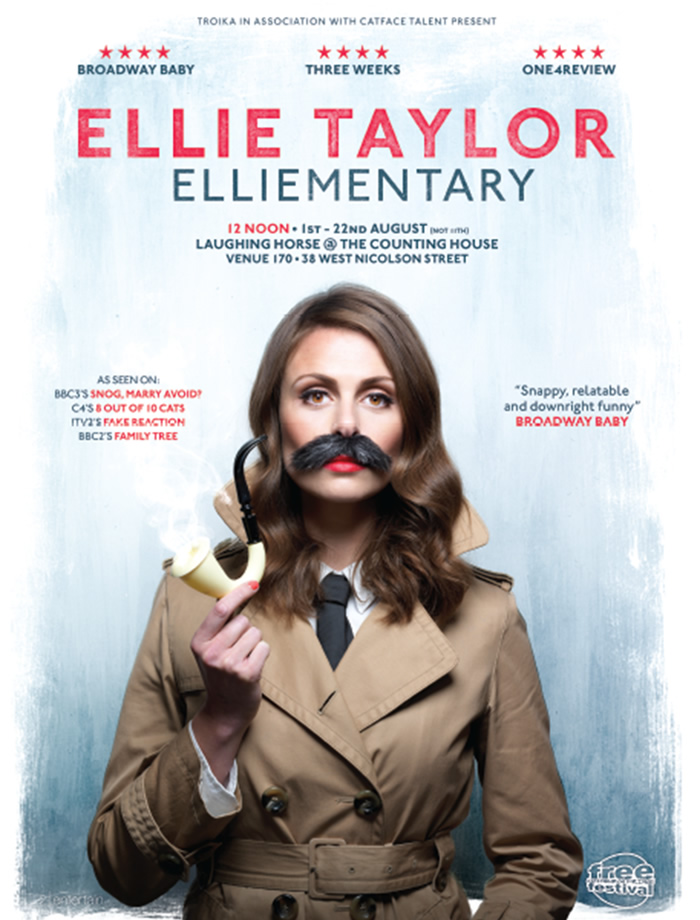