Jamie's new girlfriend, Isabel, is getting clingy and Jamie's feeling the pressure. Meanwhile Laura gets a new flatmate when Janet comes back to fight the divorce, and Mike saves Beth from humiliation when she tries to impress a hunky charity worker.
Preview clips 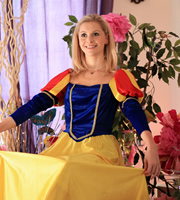 Jamie is still dating Isabel but he's starting to find their relationship stifling. Meanwhile, Laura is adjusting to finally living on her own with Emily.

However, her domestic idyll is interrupted by the rude arrival of Janet. She's come back to contest the divorce settlement. Janet is hoping to reach a conciliatory settlement but is outgunned by Alan's glamorous and ruthless lawyer, Sally. Janet sees a glimmer of hope in Alan's apparent generosity, until she realises that he's clearly sleeping with Sally.

Meanwhile Beth overreaches herself while competing for the affections of a hunky charity worker, and it's down to Mike to rescue her from humiliation.

This episode was originally billed as A Mixture Of Tears And Winking.

Beth gets distracted from fighting her charity's cause.

We need to talk about money

Laura lays down Jamie's financial obligations to Emily in no uncertain terms.