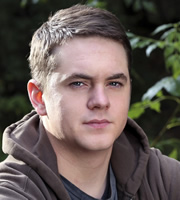 Exams are over and Jamie's determined to make the most of his summer. He frankly can't believe his luck. He's crashed a sixth form party, expecting to be chucked out, but instead, thanks to a combination of inebriated reckless abandonment on Laura's part, plus bad lighting, he's about to lose his virginity and finally use that condom he's been optimistically carrying around in his wallet.

However, the next morning, worried that a now-sober Laura may react badly to the revelation he's only 16, he leaves before she wakes. But not before scribbling his number down in the unlikely event she wants to see him again. He's therefore doubly stunned when Laura does eventually call him a few weeks later with the news that he is going to be a dad.

But Jamie's a good lad and he's determined to do the right thing. He's just not sure what that is yet. 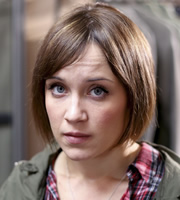 Laura has everything going for her. After years of conscientious study she excelled in her exams and in a few weeks she'll be escaping home for university and independence.

This is all coming at the right time for Laura, as her relationship with her warring parents is at an all time low. So despite being grounded, when she's invited to the party of the summer Laura sneaks out, determined to cut loose and have some fun.

Weeks pass and Laura realises something is amiss, and when a pregnancy test confirms her fears, she desperately tries to piece together the events of that night. She's horrified when she discovers that the fun, cute guy from the party is in fact a 16 year old boy.

This year was supposed to be the great springboard to independence, a chance for her to leave her old life behind and start enjoying being young, free and single. But now she has to come to terms with the fact she's not going to be alone again for a very long time. 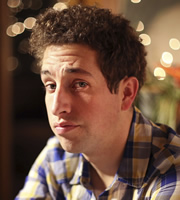 Mike is a natural optimist, which is just as well - if he realised what he was really like it would depress him. Mike knows he's a cool guy, he just can't understand why the rest of the world hasn't figured it out yet.

Mike feels Jamie's pain acutely, not least because of the knock on effect on his own life. He'd been looking forward to a long summer with his best mate, just a couple of guys hanging out, but now that's all in tatters, and he's terrified of losing his friend to this girl. 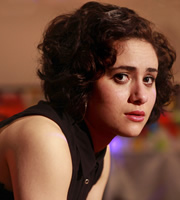 Beth is smarter than most people around her, but never gets taken seriously because she looks much younger than her 16 years. Her unrequited love for Jamie is exquisitely painful for her. These twin frustrations mean Beth has a tendency to 'go off on one' at the slightest provocation. 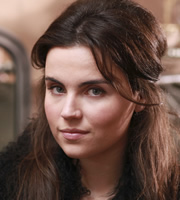 Danielle is Laura's best friend. Hedonistic and a bit selfish, Danielle got into irresponsible behaviour at an early age and has perfected the art. She is the epitome of the good time, party girl. She's profoundly bored by Laura's endless angsting over her pregnancy and thinks she should just get rid of it and 'come out on the lash'. 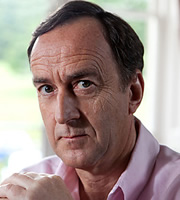 Corporate lawyer Alan is appalled that his daughter is about to become a teenage mum. And it couldn't have come at a worse time: his marriage is coming apart following his wife's discovery that he had an affair with his paralegal from work.

Alan was never exactly a hands-on parent and he is not looking forward to the arrival of a grandchild, especially one that might cause him social and professional embarrassment. 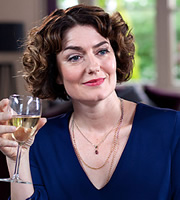 Having given up her career and watched her marriage gradually crumble away, Laura was the last thing in her life for which Janet felt unadulterated pride, and this is a particularly heavy blow for her.

While Janet tells Laura that they will support whatever decision she makes, what she really wants is for her to end the pregnancy and get everything back on the right track - her track. 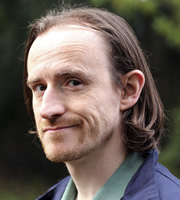 Keith is a straightforward, honest, hardworking man and this pregnancy was frankly just another thing he didn't need. Keith's ambitions don't usually exceed having a decent cup of tea and a biscuit, and maybe a pint and a game of darts on the weekend.

But even these humble dreams now seem to have been shattered as he faces somewhere between nine months to 18 years of family crisis. He's going to get his son through it as best as he can, but he's bracing himself for a rocky ride. 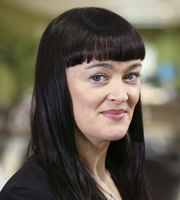 Sandra is a pragmatic, straight talking, loving, but no-nonsense mum. She's not exactly delighted with the situation but she's choosing to embrace it and support her son. She's proud of the way Jamie has responded - although if he hadn't done the right thing she would have made sure there was hell to pay.