BBC Two has ordered a series of Alma's Not Normal, the new sitcom by Sophie Willan.

The commission follows the success of a pilot episode, which was broadcast on 7th April. Now seen by more than one million viewers, the BBC notes it "began trending on Twitter and was met by huge critical and audience acclaim".

Sophie Willan developed the pilot after being named the inaugural winner of the corporation's Caroline Aherne Bursary Award in 2018. The autobiographical comedy centres on Boltonian wild-child Alma Nuthall and "her family of eccentric, unruly women".

Five more episodes will now be filmed, with the pilot rebroadcast as the first episode in the series. The story sees Alma struggling to get on in life and to find employment after a relationship break-up. The pilot ended as Alma - played by Willan - decided to turn to sex work for an income.

Producers say: "With no job, no qualifications and a rebellious streak a mile wide, it's not going to be easy. Meanwhile her mum, who is battling a heroin addiction, has been sectioned for arson and her vampish Grandma Joan wants nothing to do with it."

The BBC comments: "Alma's Not Normal offers a bitingly funny and unflinching take on class, sexuality, mental health and substance abuse. It celebrates women dealing with the hands they've been dealt while doggedly pursing their dreams."

The new episodes are expected to be ready to air in 2021. 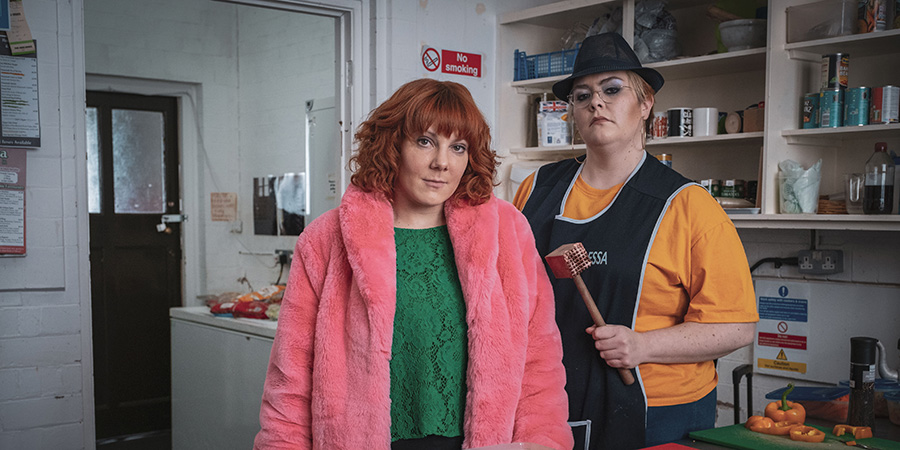 Sophie Willan comments: "I've been overwhelmed by the fabulous response to the pilot and I'm so excited to be developing the series! I've already been using the lockdown as a chance to get cracking so I'm just pleased to have the official go ahead! I can't wait to get it made and share the world of Alma with everyone!"

Nerys Evans from production company Expectation comments: "It's been such a pleasure working with Sophie on Alma's Not Normal, she's innately funny and has such a unique outlook on life. Her writing is so authentic and intelligent; in just one episode she has created such a fully formed world. Her characters are beautifully observed and often flawed and sometimes challenging, but Sophie's humour allows her to explore some really difficult subjects. I can't wait to see how the story unfolds across a series as she's bursting with brilliant ideas."

BBC commissioner Shane Allen notes: "Alma's Not Normal landed so wonderfully formed with its distinctiveness, heart on sleeve charm, sparky humour and knockout cast. Sophie's raw honesty, eye for characterisation and comedic insouciance have resulted in a cracking show bursting with potential. We just couldn't resist a series and hope it does the memory and spirit of Caroline Aherne very proud."

In an interview about the pilot, Willan spoke about diversity on screen, in terms of both regional and working class voices.

She said: "It's about time we saw strong, funny, dark, female-lead stories, outside of London and/or the middle/upper class. I'm not saying those shows don't have a place too - they do. In fact, Fleabag is one of my favourite sitcoms of all time, but we need variety. We need to represent more people."

The commission of Alma's Not Normal has been announced as part of BBC Two's drive to broadcast more new comedy. Beginning in May, Thursday nights on BBC Two will feature The First Team, a football sitcom written by the creators of The Inbetweeners, and a new series of QI.

The channel has also announced a one-off special from Charlie Brooker, a lockdown series called Comedians Playing With Themselves and a new series starring Matt Berry.

BBC Two controller Patrick Holland says: "BBC Two has always been the home of the most exciting comic talents and the most brilliantly conceived worlds. Sophie Willan's Alma's Not Normal is one of the freshest voices in years and follows on from the successful piloting of shows like Motherland and The Other One. During these challenging times I am delighted to bring Thursday comedy nights back for the audience."