Matt Berry is to front a BBC Two series called Squeamish About..., in which he will "shine a weird and wonderful light onto a different topic" each week.

The four-part series follows on from last year's "anarchic mockumentary", The Road To Brexit (pictured), which Berry hosted in the guise of investigative "rogue historian" Michael Squeamish.

As with the special, Squeamish will present all four 15-minute episodes, which Berry has written with Father Ted co-creator Arthur Mathews.

Producers say: "Matt Berry returns to BBC Two with four more episodes that will take on a bold and eclectic selection of new themes.

"Each new weekly episode of Squeamish About... will shine a weird and wonderful light onto a different topic. Presented by Berry in the persona of 'Michael Squeamish', every episode will make creative use of archive footage and voiceover to create a unique, authored and surreally comic take on the subject matter."

The commission is part of BBC Two's drive to broadcast more new comedy. Beginning in May, Thursday nights on BBC Two will feature The First Team, the football sitcom written by the creators of The Inbetweeners, and a new series of QI.

The channel has also announced a full series of Alma's Not Normal, a one-off special from Charlie Brooker and a lockdown series called Comedians Playing With Themselves. 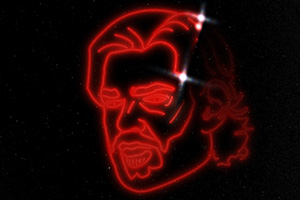