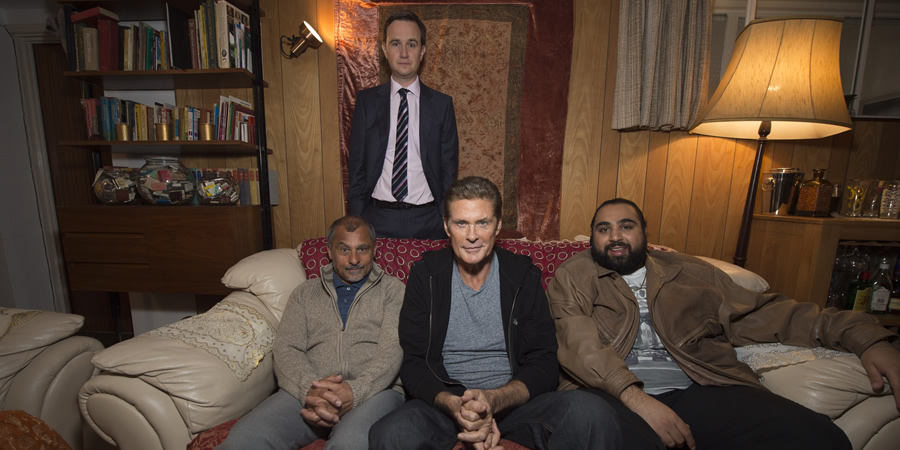 The series opens with a botched attempt at raising Hoff's profile by faking his death.
Preview clips

Max capitalises on a rumour that Hoff has died to make money. With sales of Hoff's albums rising, Hoff goes into hiding in Watford. But when Hoff's ex wife stages a vigil in his memory, he finds it hard to stay out of the limelight without blowing his cover.

Max explains how The Hoff is in financial trouble. He has only earned £4.27 in Baywatch repeat fees. Thus Max has decided to fake the death of the star.

Max has helped fake the death of David Hasselhoff. But Danny who trains the star doesn't think The Hoff is dead.