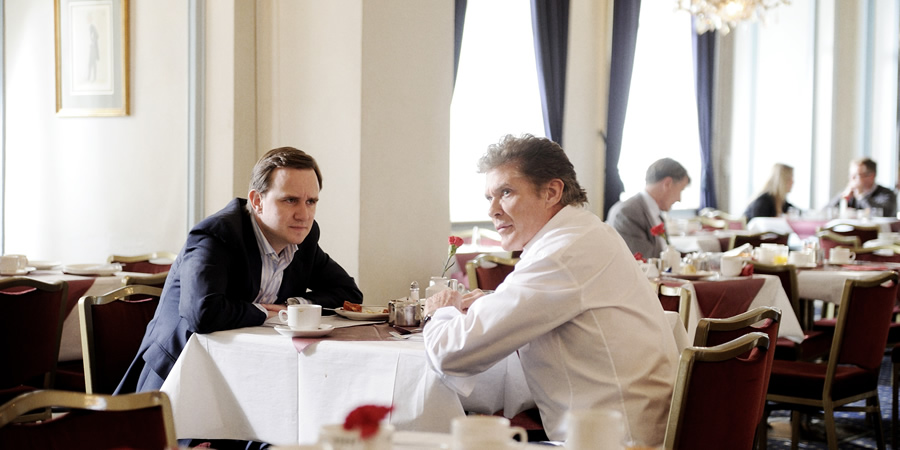 Things are looking up when Hoff is offered a job as a landmine charity spokesman.
Preview clips

Things are looking up. Hoff is offered a job as a landmine charity spokesman.

In preparation for a trip to a conflict zone, Hoff is sent on a hostile environment training course.

Capitalising on the trip, Max books Hoff a personal singing appearance for what transpires to be a warlord...

As chaos ensues, Hoff finds out that Max was fired by his agency. Desperate not to be fired by Hoff, Max convinces him that they can travel without the charity and use Hoff's influence to convince the warlord to stop using landmines while making some money at the same time. What could go wrong?

Annie Lees-Jones was not credited in this episode. The character of Frank Evans was erroneously credited as Frank O'Connor.

Would you recognise The Hoff? What about if he was in his Baywatch trunks?

David Hasselhoff is undergoing land mine handling training... with a live land mine.