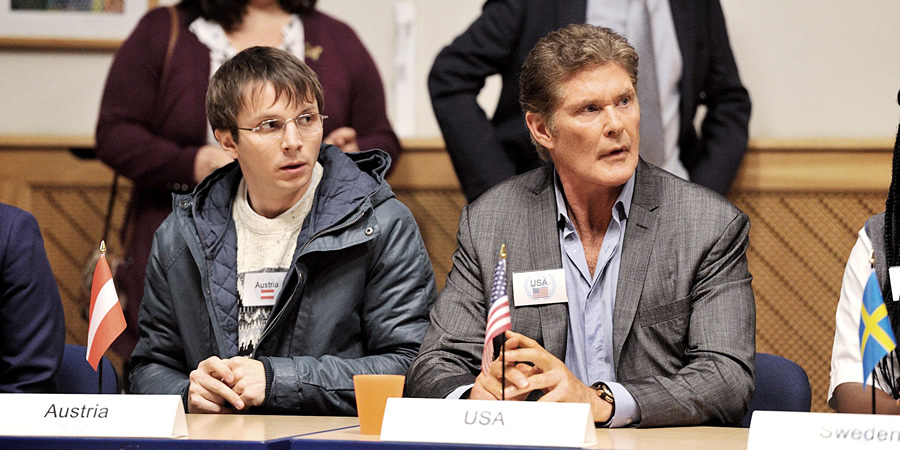 Hoff plans to embrace his potential for doing good in the world by becoming a UN Ambassador.
Preview clips

Hoff decides to give up acting following an inspirational session with his personal trainer, Danny. Instead he plans to embrace his potential for doing good in the world by becoming a UN Ambassador.

In a bid to learn about the UN, he takes part in a school's debate - only Hoff's debating skills are not enough to win against a group of precocious kids.

Hoff and Max incur the wrath of the headteacher after they get caught bribing pupils and plagiarising one of Hitler's speeches.

A world without walls

Hoff is back training with Danny.

The Hoff gives a speech about meeting a president.