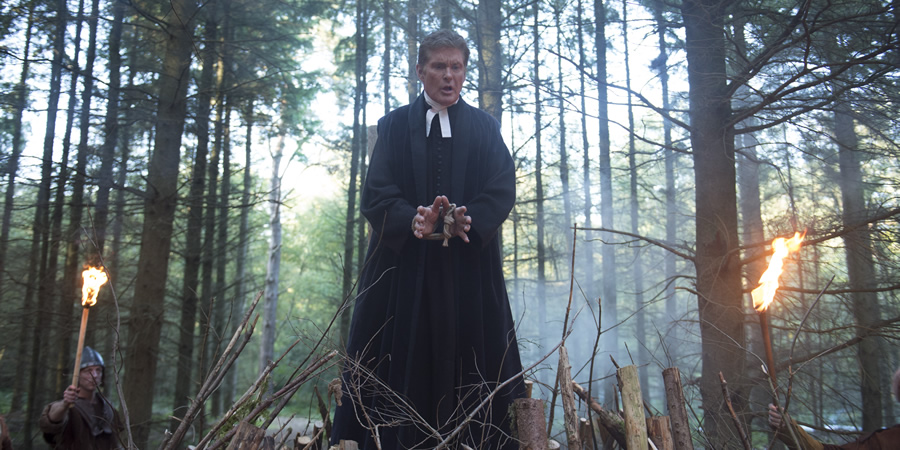 Max finally secures Hoff a much coveted role in a feature film.... But it's a low budget horror film in Romania with a maverick Director known for pushing actors to breaking point. When a stunt goes wrong the team have to endure the wilderness in an attempt to save Hoff.
Preview clip

The team get lost in a satanic forest

The gang finds themselves in a dodgy forest.