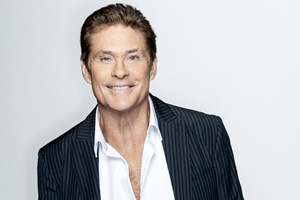 Hoff made his name starring in TV shows such as Knight Rider and Baywatch.

However, after five divorces and some misguided professional decisions, The Hoff's career and finances are no longer at the heights they once were.

Hoff is followed by a documentary crew as he arrives in the UK ready to star in a new independent film that could reboot his career.

The film project is a disaster, so The Hoff tasks his UK manager to find something more worthy of his talents... 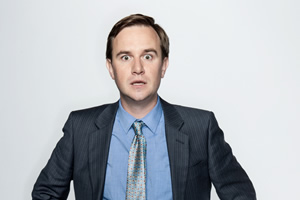 Max is the slippery, manipulative, and opportunistic manager who's been tasked with reviving Hoff's career.

Max is happy to sign his client up to the worst jobs as long as it makes some money.

Max is at constant loggerheads with Hoff who wants jobs that will deliver him credibility; as well as the rest of Hoff's entourage, who think he's inept. 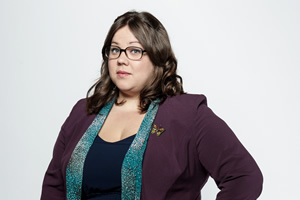 Harriet is a Biochemistry PhD student who couldn't get funding to pursue her studies and thus has ended up working as The Hoff's personal assistant to make ends meet.

A fish out of water in the world of celebrity, she's the square sensible one in the entourage who tries to steer Hoff through the surreal situations they find themselves in but whose advice is more often than not ignored. 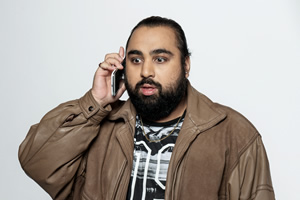 Terry is Hoff's affable but politically incorrect driver in the UK.

A step down from Hoff's usual limo driver, Terry drives a beaten up green people carrier called the 'Space Wagon'.

A trusted confidante to Hoff, he has an opinion about everyone and everything and is never short of some bad advice or misguided encouragement that Hoff usually takes him up on. 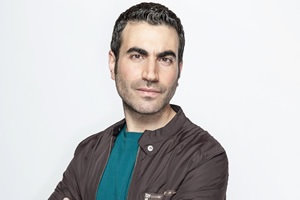 Danny is a personal trainer with a roster of celebrity clients, of which Hoff is one.

Danny is an alpha male who despises any physical and emotional weaknesses.

He feels his role extends to being his client's spiritual and soul advisor and believes that he can manage Hoff better than Max can. 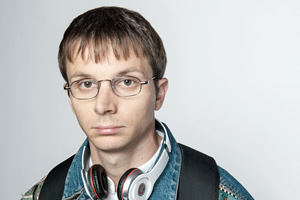 Dieter is Hoff's illegitimate son born out of a one-night stand with a German woman the night the Berlin Wall came down.

The opposite of his father, Dieter is a naïve, awkward and uncool 25 year-old from Dusseldorf.

He idolizes his father, and wants to hang around him all the time, but his social ineptness usually scuppers Hoff's best laid plans.