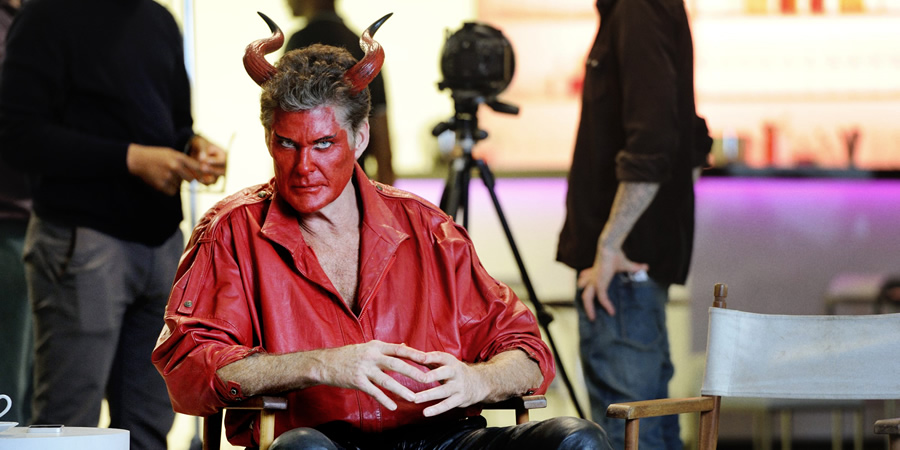 Max is excited to receive a proposal to use Hoff's name on a new, classy aftershave.
Preview clips

Following the failed attempt to reinvent his client with an arty film, manager Max is excited to receive a proposal to use Hoff's name on a new, classy aftershave.

It soon becomes clear that the ad agency isn't interested in Hoff as a symbol of class - they just want to trade off his old cheesy image.

Stressed by this revelation, Hoff lets his guard down and ends up getting into hot water about a supposedly sexist remark. The ensuing Twitter storm results in Hoff getting fired, taking his career problems back to square one.

Hoff is back in the gym with Danny Jones.

Are you wearing makeup?

Max comes to talk to Hoff.