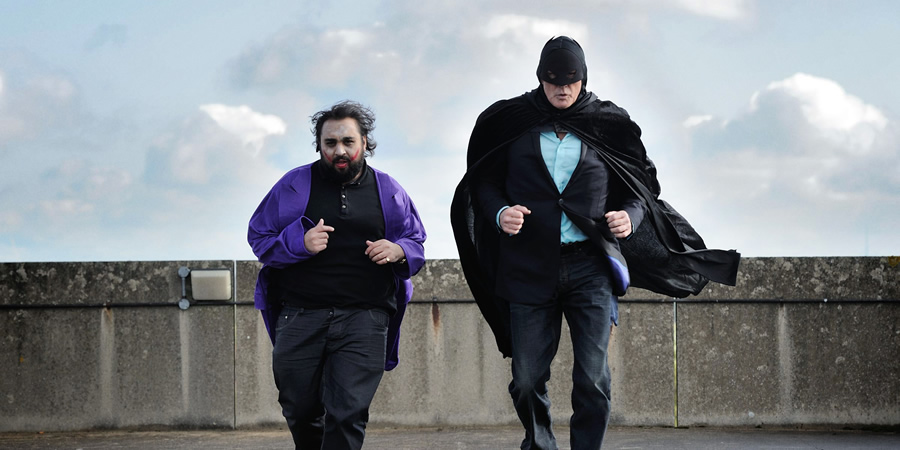 Things go from bad to worse for Hoff in the series finale.
Preview clips

Things go from bad to worse when Hoff is invoiced for the charity rescue.

In desperate need of money, Max persuades Hoff to appear in panto with the one and only Christopher Biggins.

En route to a meeting with his co-star, Hoff is confused by the presence of a child in the car. He soon realises that his driver Terry has abducted his own daughter. It's not long before the news makes the press and police are on their trail.

The ensuing chase takes Hoff, Terry and the child to Dover in what quickly escalates into Terry's unfortunate Fathers 4 Justice campaign.

Go out with a bang

Will Terry help The Hoff go out with a bang?

The Hoff discusses his use of a taser gun. For sleeping purposes, of course.