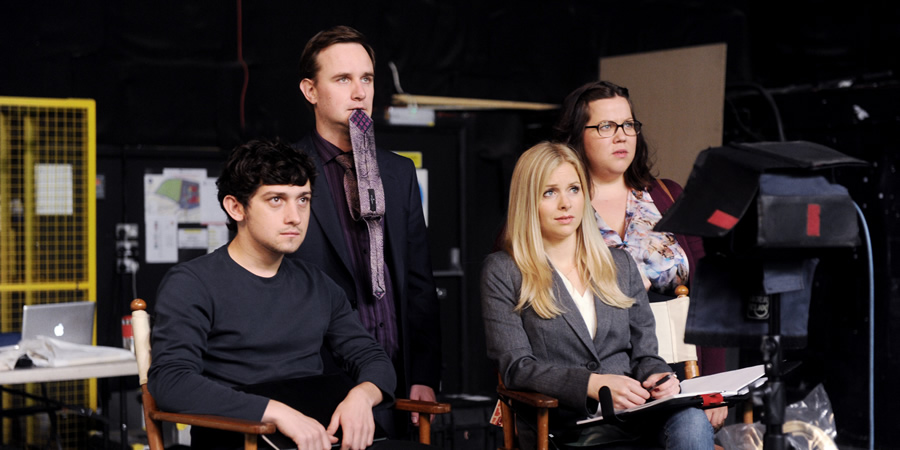 Hoff has arrived in the UK to star in an avant-garde biopic about his own life.
Preview clips

The Hoff arrives in the UK to star in an avant-garde biopic about his own life.

Hoff feels defeated when the film's director puts someone else at the centre of the film. However, when he re-enacts his finest hour, singing on top of a studio set of the Berlin Wall, it reawakens his sense of self-worth, as he is fired from the project.

Hoff is reminded of the Berlin Wall once again when his son from a romantic encounter on that same night, arrives at the hotel, hoping to get to know the father he hasn't seen for 25 years.

David is shocked to find out he is not playing himself the whole time in a forthcoming film about himself.

David gets some life coaching from an overly personal trainer.

David auditions for a role to play himself, via some Knight Rider improv.