Resident critics Hayley Danks and Ruth Goodchild review everything from the monarchy to the eclipse. They don't feel they actually have to see a film or play in order to review it. So sit back, relax, and let them tell you what to think.

Two Stars is improvised by Susan Harrison and Gemma Arrowsmith.

Hayley and Ruth review the current selection of the Covid vaccines, while also finding time to cast a scathing eye over all online theatre.

Is it a global pandemic or is it actually a global, site specific, highly ambitious, multi media/theatre piece? Hayley & Ruth firmly believe it's the latter and proceed to review...

It's four years since the podcast reviewed the EU Referendum and in this episode Hayley and Ruth discus Brexit, as always with varying degrees of accuracy. Also Hayley explains self-care...

Hayley & Ruth are at the National Theatre waiting to review some play or other. But while they wait, they respond to a listener request to review popular television programme...

Hayley and Ruth review the British heatwave. Despite uncomfortably high temperatures and melting train tracks, Hayley has had the time of her life during the heatwave, whereas Ruth refuses to...

Hayley and Ruth head to the Fortune Theatre in London's West End to watch The Woman in Black. Is the ghost in the play a spectre that only Hayley can...

Hayley and Ruth review self help books, including such classics as Don't Forget Your Crown, Make Yourself Cozy and The Secret, in what turns out to be closer to an...

Hayley and Ruth look forward to what 2019 has in store in arts and culture, reviewing art exhibitions, plays and films, none of which have happened yet. Susan Harrison...

As Christmas approaches Hayley and Ruth brave London's busy Oxford Street to watch Jodie Whittaker turning the Christmas lights on. Along the way they review the John Lewis advert... without...

Hayley & Ruth review the cultural sensation of Love Island. Hayley has seen every episode while Ruth hasn't seen a single episode and in fact doesn't own a television. This,...

Hayley & Ruth might have failed to secure free tickets to the latest Jurassic World movie, so they haven't actually seen it yet - but that won't stop them reviewing...

After a never ending winter, for two whole days this April, the UK saw sunshine. Hayley and Ruth review this brief bit of British Summer Time from London's bustling Southbank,...

On the most romantic day of the year, Hayley and Ruth join Irish poet Fintan Cresss to review a restaurant and to talk about his latest book Hallowed Halls.

From Ruth's old offices at the Telegraph, Hayley & Ruth usher in 2018 by reviewing the new year fireworks display. They also look back at their cultural highlights of 2017.

Just in time for Christmas, Hayley and Ruth journey to Norwich to see a production of Cinderella by legendary panto director Reuben Bourgeois (Alex Lynch, @AlexJRLynch) who explains how he...

Hayley and Ruth attend an invigorating piece of invisible theatre and review a Nordic bakery in London's Soho.

Hayley and Ruth are back in London after a gruelling month of reviewing shows in Edinburgh. Hayley's had her heart broken, Ruth may or may not publish a review. Listen... 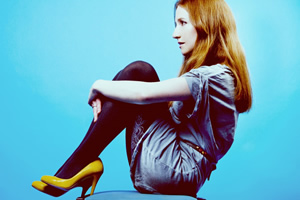 Susan Harrison is an award winning character comedian, actor and improviser. Her solo show Creatures won the Three Weeks Editor's Choice Award at the Edinburgh Fringe and she is part of the Olivier Award winning Showstopper! The Improvised Musical.

"A Perfomer with depth and range; able to read the audience with the precision of an old hand... a fantastic character comedian" - Chortle 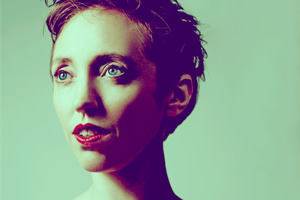 Gemma Arrowsmith is comedy writer/performer. She has most recently written for Tracey Ullman's Show, Newsjack and The Now Show. She has appeared in Charlie Brooker's How TV Ruined Your Life and Vic Reeves' Ministry Of Curious Stuff.

Theme tune: Matt Lewsey and Amy Ashworth from Skiffle and the Piffles.