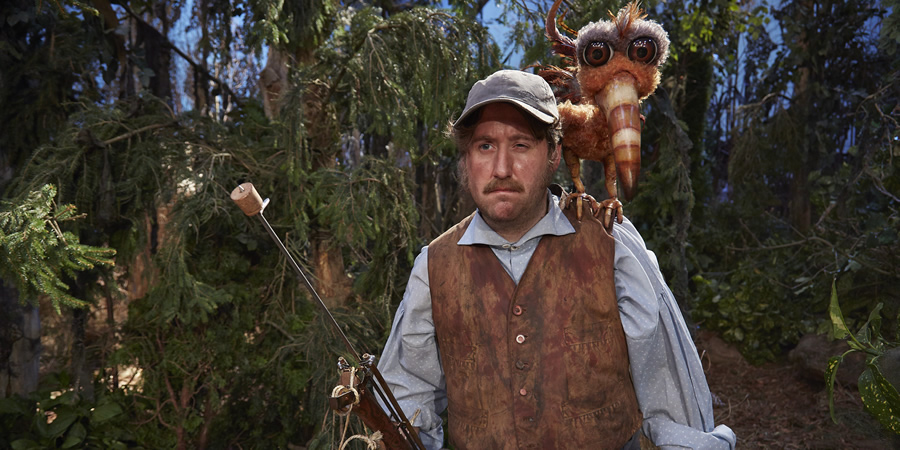 Debbie is called to Yonderland when the Elders hear news that a vicious monster is placing the life of the last Fahl at risk.

Debbie is called to Yonderland when the Elders hear news that a vicious monster is placing the life of the last Fahl at risk. A spoilt creature, with an incredible nose, the Fahl is the last survivor of a noble species. However, his diet is based on mushrooms that local pickers can't get hold of because of an ogre that's stalking the woods.

For the bargain fee of £79.99 (he's just reduced his prices), the Elders call on the help of a hapless monster hunter whom Debbie has the misfortune of accompanying into the forest. However, when the monster turns out to be a female Fahl, Debbie's dangerous mission turns into an exercise in match-making.

Meanwhile, inept warlord Negatus has noticed that Imperatrix is off the scene and bids to take advantage of the power vacuum by staging an inevitably illthought- out coup.

Back at Debbie's home, Peter's meddlesome father arrives to sort out the electrics. He also shares his suspicions that Debbie's flute-making classes are a clever cover for an affair.