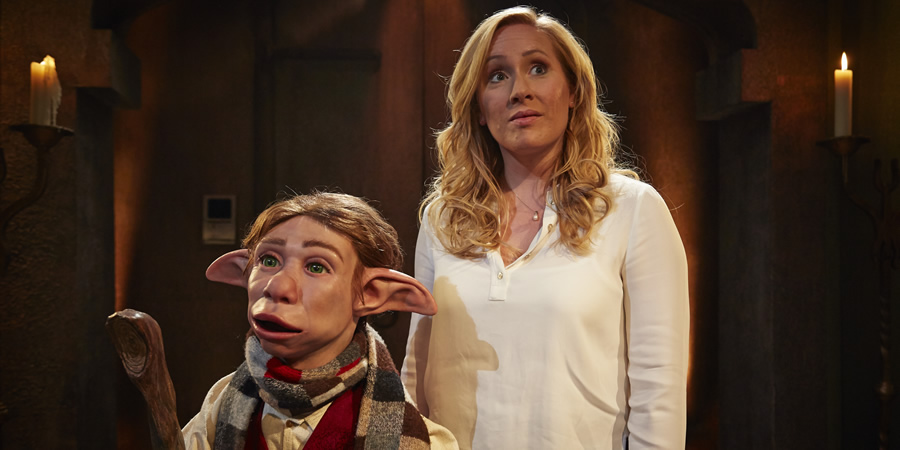 Negatus revels in the glory of discovering the elusive second scroll and delivering its message to the evil Imperatrix.

Having learned that Yonderland will fall if Debbie ends up in the clutches of her evil sister, the Elders banish The Chosen One from the realm. However, when Elf offers to take her to see her childhood home (in the Yonderland version of a 'cab'), she finds it difficult to refuse.

Disobeying the Elders, Debbie visits her old house in the hope of getting a glimpse of her newly discovered past. There, she meets her childhood nanny, an eccentric humankangaroo hybrid who is still haunted by Debbie's disappearance as a baby and whose anguish is having worrying effects on a new generation of orphans.

Meanwhile Negatus revels in the glory of discovering the elusive second scroll and delivering its message to the evil Imperatrix at the Overlords' Quillenia General Meeting.

However, his lies and bragging land him in a prickly situation when he is invited to lead a seminar in battle techniques.

Back in Birmingham, Babbas, the little man from the box, comes face to face with one of the twins after trying to save her stuffed elephant. Convinced of ghostly goings-on, Pete calls in a priest.