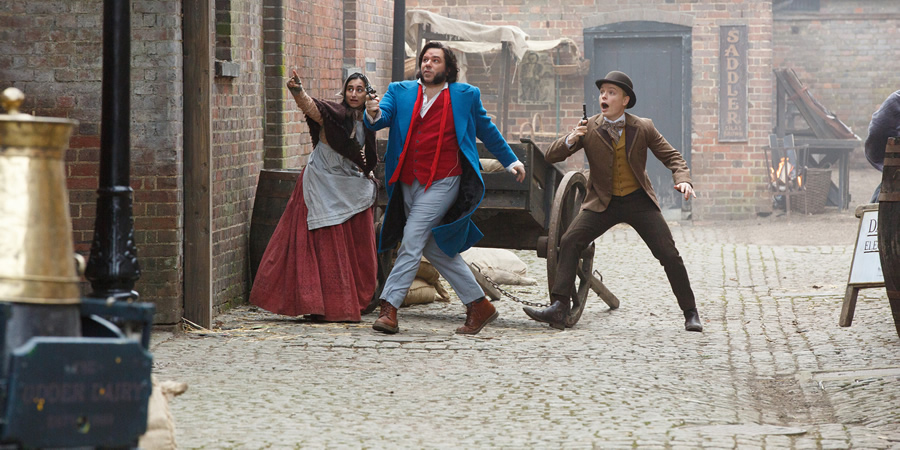 As Flora faces the gallows for a crime she didn't commit, Rabbit is caught in an armed siege.
Preview clip

With Rabbit's lover, Flora, facing the gallows for a crime she didn't commit, Rabbit makes it his mission to do everything he can to save her. But it won't be easy, and he'll be risking his own life to do it. Plus he's under pressure from his embittered colleague Tanner who has made it his mission to bring Rabbit down using whatever means necessary, as punishment for the facial injury he sustained in an explosion he knows was meant for Rabbit.

But Rabbit's plans to rescue Flora quickly runs aground when he gets caught up in an armed siege - a dozen match girls are being held in a factory at gunpoint, and the man who's holding them, one Patrick Levant seemingly has no demands at all - other than that he will only talk to Rabbit. So Rabbit can't leave, or the girls will die. But if he stays, Flora will die. But why is Rabbit so important to Levant? Is somebody putting him up to this? And if so, who?

Strauss, meanwhile, has fallen in love, and while he's convinced that, this time, he's finally found the one (unlike the last one, who turned out to be a serial killer), Mabel has some information which is about to blow that theory apart.

How to escape a hostage situation

Detective Rabbit attempts to defuse a hostage situation and uncovers a spooky clue in the process...