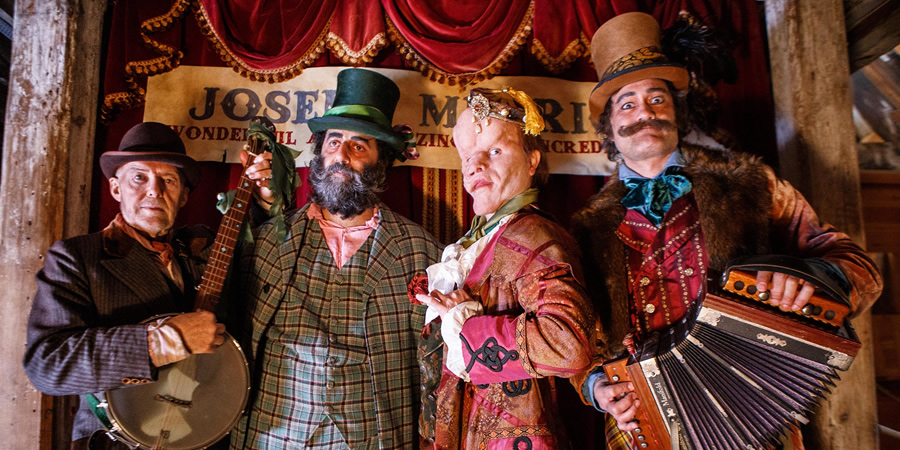 Gang warfare is raging in the East End. Wisbech sends Strauss and Mabel undercover, whilst Rabbit finds himself ostracised from the case due to his age.
Preview clip

Gang warfare is raging in the East End, with the Flower Girls and the Stepney Boys - two rival gangs of body snatchers - waging all-out war for turf and bodies. Wisbech sends Strauss and Mabel undercover to join the gangs, which involves Strauss taking lessons about how to be more 'street', and not to use the word 'spiffing' so much. For Mabel, she's hoping this might be her chance to gain a much-coveted Police badge.

Meanwhile Rabbit finds himself ostracised from the case due to his age - these are youth gangs - and he takes umbrage when Wisbech packs him off to an old people's home to investigate a spate of mysterious poisonings instead. But is he really too old for this game? And if so, what's to become of him?

Mabel's professional success is making her more and more useful to the Women's Society she's joined, but their designs on her are not necessarily benevolent. If she wasn't so enamoured of the free champagne, she might be a bit more aware of what was actually going on.

How to be Cockney

To infiltrate an East End gang, Detective Rabbit takes Strauss to a special associate in order to teach him Cockney slang...