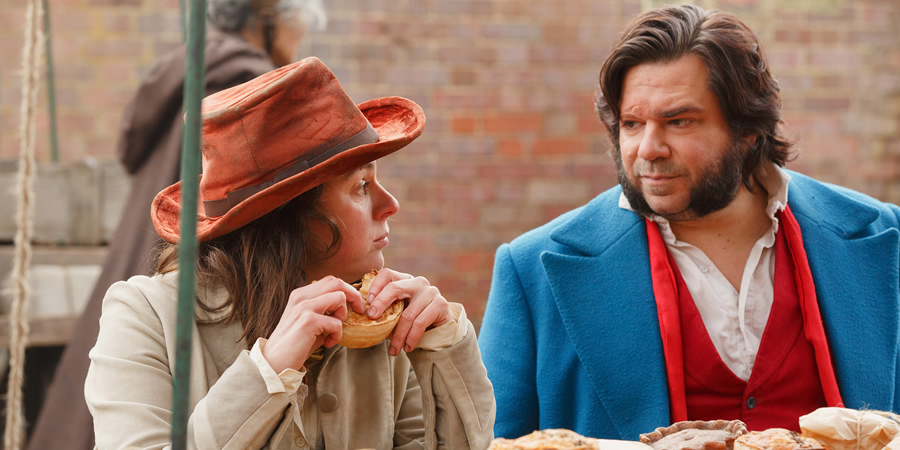 There's a sniper on the loose. A really bloody good one - he shot two men dead with the same bullet.
Preview clip

There's a sniper on the loose. A really bloody good one - he shot two men dead with the same bullet. The attacks appear to be completely random - a church warden in Bow, a solicitor in Clerkenwell. There's no pattern. No logic. And therefore no way of stopping it.

But Rabbit, Strauss and Mabel have other things on their minds, as they've been entrusted with the protection of one Prince Hector of Bulgaria who is visiting London for vital Balkan peace talks. If anything happens to him, or the talks break down, the consequences would be severe - a war drawing in Russia, the France, Germany and eventually England, leading to a mechanised clash of Empires, the likes of which the world has never seen.

So when the prince disappears during a shoot out at the Bar of Gold, it's imperative the team find him as quickly as possible - especially when his vituperative sister, Princess Violetta, arrives with stern words and a confusing accent.

Meanwhile, Rabbit suspects the sniper may be none other than his old flame Flora Wilson - but if he's right, that means all sorts of trouble.

Using a telephone for the first time ever

With a gunman on the loose, Rabbit, Strauss and Mabel are tasked with protecting the prince of Bulgaria on his visit to London.