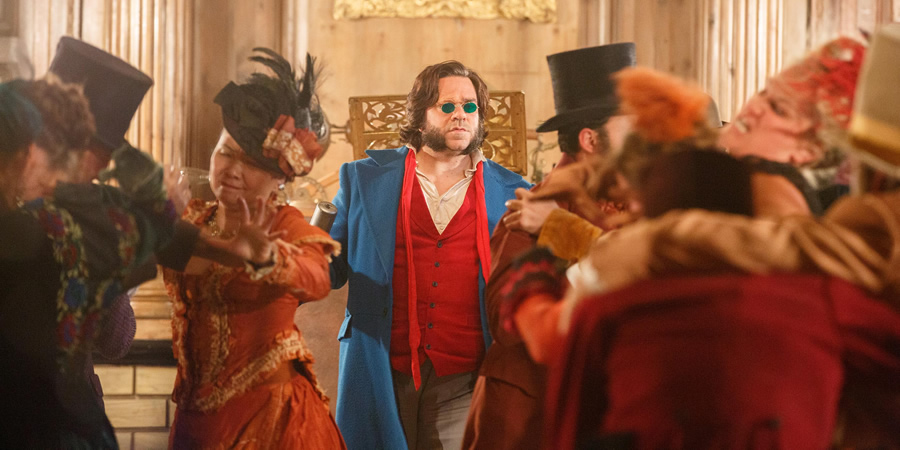 Things get a whole lot worse for Rabbit when he wakes up with blood all over his hands and a butchered corpse lying opposite him.
Preview clip

The final episode in the series finds Rabbit having been fired for misconduct. And with Larkham threatening to press charges for his assault and have him thrown in gaol, things are not looking good for him. But things get a whole lot worse when he wakes up with blood all over his hands and the butchered corpse of Larkham lying opposite him, staring back at him with glassy eyes. It's clear that Rabbit has either been framed for murder - or committed a murder.

Either way, he's on the run.

Rabbit disappears and an urgent meeting is convened at the station to find him - with Wisbech declaring him the most wanted man in London. Strauss and Mabel refuse to believe the worst of their friend and vow to help him clear his name - but they'll have to find him first.

Rabbit's on the run after being framed for a grizzly murder, but Mabel and Strauss refuse to believe he's guilty.