A one hour special marks the return of the award winning comedy about the BBC.
Preview clips 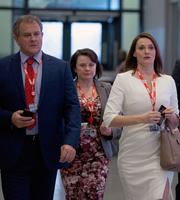 One year on and Head of Values Ian Fletcher has finally got his own office. He and the team have a new set of challenges to rise to, including the impending Royal visit of HRH Prince Charles. The question is, which of the management team will get to shake the royal hand?

Head of BBC Brand Siobhan Sharpe and her team at Perfect Curve have been tasked with giving a makeover to the BBC coverage of Wimbledon following rumours of a bid from a rival broadcaster. Her response is a brand mash up to end all brand mashups.

Meanwhile over on the creative frontline, Entertainment Format Producer David Wilkes is trying to come up with the next big Factual Entertainment series after Britain's Tastiest Village failed to fly. He's got the title - Up Town, Down Town - he just hasn't got a show, or a cast.

Finally, intern Will Humphries's security pass won't let him into the building. Is it a technical problem or something more significant? 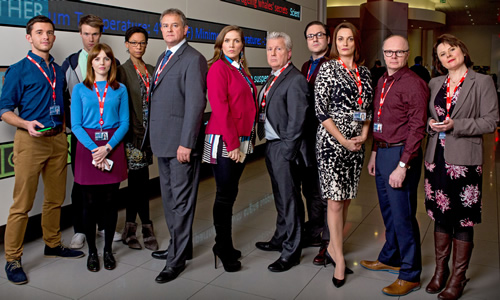 What you're looking at here is a brand mash-up. Apparently.

Suspicious object in the Plaza

A bag in the plaza causes a security alert, but Ian suspects that is it owned by Siobhan.

Siobhan Sharpe kicks off some brainstorming about Wimbledon. What's not to get?