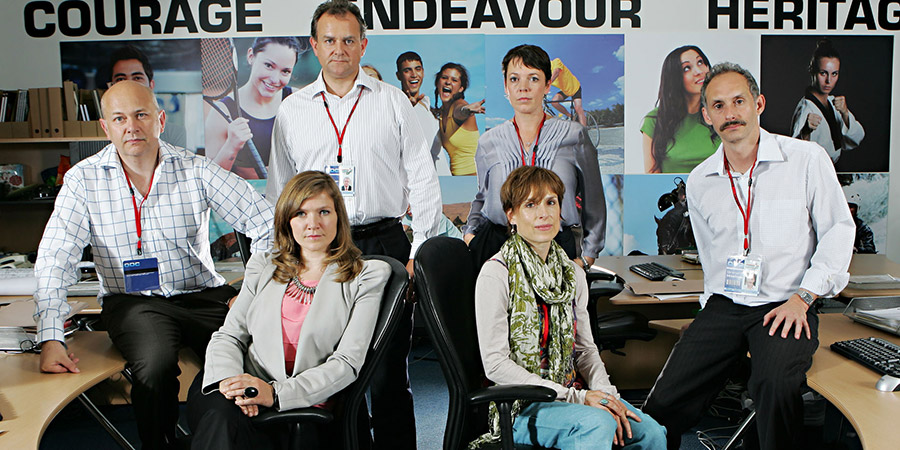 Written and directed by People Like Us writer John Morton and filmed in a similarly documentary style, Twenty Twelve follows the personal and professional challenges faced by those responsible for delivering the biggest show on earth - the 2012 London Olympics.

The show deals with such hot topics as how to phase the traffic lights across London to get people from west to east; who to sell the Taekwondo hall to after the event; what to do when protesters leave large quantities of horse dung on the doorstep in protest at the siting of the equestrian events; and how to cope with sportsmen who want to help but are just too dull.

From getting a busload of non-English speaking Brazilians from A to B; who to appoint to run the Cultural Olympiad; and what to do when the much-vaunted wind turbines won't turn because there's no wind, it's all in a day's work for the men and women whose job it is to stage the greatest sporting event in the world.

In the second series (split into two parts), the pressure mounts as the Games get ever closer. The Olympic Deliverance team must try to navigate their way through such delicate issues as how to handle the Algerian team's demand for a mosque in the Olympic village; how to carry out a Legacy Audit on the rival bids for the Stadium when no one knows what a Legacy Audit is; and how to deliver value for money when there isn't any money.