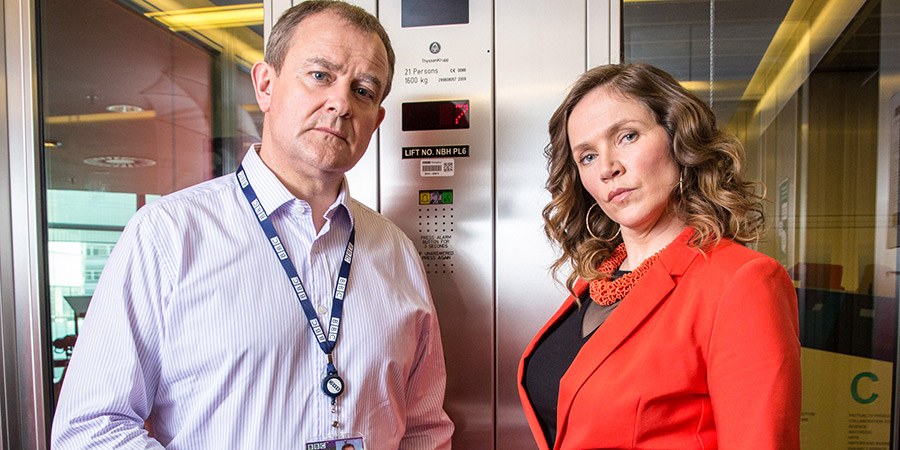 The damage limitation team under Ian Fletcher is under huge pressure to limit the damage of announcing the end of the BBC Big Swing Band.
Preview clip

Following on from an item on BBC Breakfast about plans to close the BBC Big Swing Band, the damage limitation team under Ian Fletcher is under huge pressure to limit the damage. Meanwhile, the campaign to launch new online platform BBC Me continues and ex-intern Will Humphries is still standing at his station in reception trying to persuade passing celebrities to record themselves saying 'me' into his phone.

We haven't got a plan A

Time runs out and Ian is left to pick up the pieces after a very unproductive meeting.