It has been two weeks since Terry's heart attack and, as he's not acting himself, the family start to worry. Stephen, meanwhile, regrets sneaking by the house. 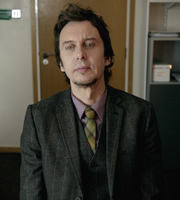 It has been two weeks since Terry had his heart attack and, acting distant and moody, everyone is understandably worried about him, especially Jan. The Starlings patriarch is soon jolted back to life, though, almost manically so, when Stephen sneaks by the house to drop off a book of poetry it leads to a confrontation...

Away from the nest, things get serious between Grandad and Molly after she asks him to move in with her, while Reuben and Bell's run in the park leads to an awkward encounter with one of new episode Reuben's old friends.

Plus, Loz owes Fergie when he asks him to spend some alone time with the increasingly obsessive Judith to better his chances of securing a permanent job at the school.