Toast Of London and House Of Fools star Matt Berry is taking a lead role in a sitcom pilot set around the police force in the 1880s.

The Victorian-set show has been created by Kevin Cecil and Andy Riley, the experienced comedy writers who have previously worked on programmes including Black Books, Tracey Ullman's Show and Veep, the TV comedy drama adaptations of the books by David Walliams, and the film Gnomeo & Juliet. Riley describes the project as an "exciting new thing" for them.

A trial episode of the currently un-titled show is being shot now by Objective Fiction, the production company behind comedy formats including Witless, Fresh Meat and the forthcoming biopic Eric, Ernie & Me.

British Comedy Guide understands the show is being made by Channel 4, but the pilot will not be shown on TV. Instead, it will be viewed by network executives to decide whether to order a series.

Few other details are known about the show at this stage, but Objective confirmed to BCG that Porters and Crazyhead actor Susan Wokoma and Freddie Fox (Pride; Dennis & Gnasher: Unleashed) are also on set in supporting roles.

The half-hour pilot - directed by Catastrophe's Ben Taylor - observes a "police force in the 1880s, fighting crime". The show is set in the East End of London, making it likely the story is linked to Jack The Ripper, the notorious serial killer who operated in the Whitechapel area of the capital in 1988.

Berry already has a working relationship with Objective Fiction, as he makes Toast Of London, his cult hit sitcom about a failing actor, with the company. There is currently no news from Channel 4 on whether it will order a fourth series of the show, but BCG understands the creative team at Objective are keen to see Steven Toast return in some form. A spokesperson for Objective told BCG: "We always love working with Matt." 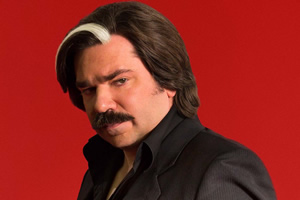 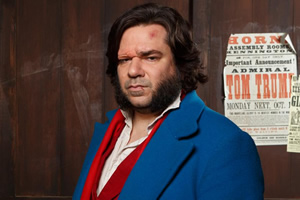