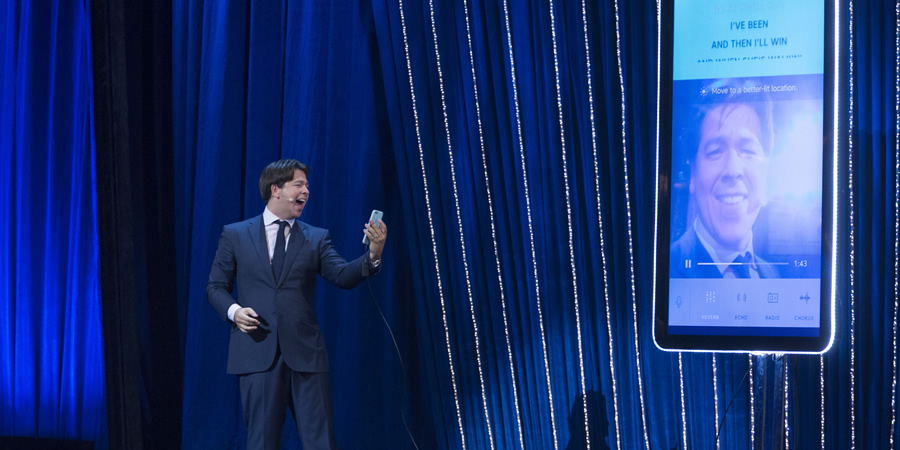 This week there is comedy from Sarah Millican, Tom Odell performs, and a member of the public is in for a shock when he keeps bumping into his hero!
Preview clips

Sarah Millican and Tom Odell perform, and a member of the public is in for a shock when he keeps bumping into his hero.

In addition, Carol Vorderman is in the royal box to play celebrity Send To All and allows Michael to send a text to her phone contacts.

A mother of two has her moment in the spotlight when she becomes the Unexpected Star of the show, but not before taking a trip to the Unexpected Bar - where she has a surprise encounter with her idol, Westlife's Shane Filan.

Send To All with Carol Vorderman

Carol Vorderman discusses learning to fly and the menopause as part of Send To All.

Unexpected Star in the disco