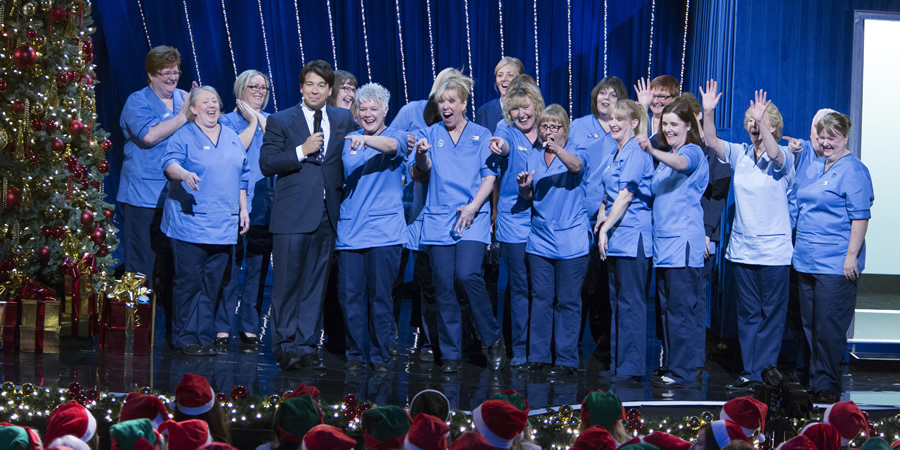 Michael McIntyre has a treat for you this Christmas when his Big Show, filmed in front of a live audience at the Theatre Royal, Drury Lane, gets festive.

There is a merry performance from Michael Ball and Alfie Boe; Aled Jones is joined by a very special guest as he plays celebrity Send to All; Unexpected Star reaches epic proportions when Michael surprises an entire choir and there are lots of yuletide games and celebrity guest appearances from Nan (Catherine Tate), Kevin the Teenager (Harry Enfield) and more. This is one Christmas extravaganza not to be missed! 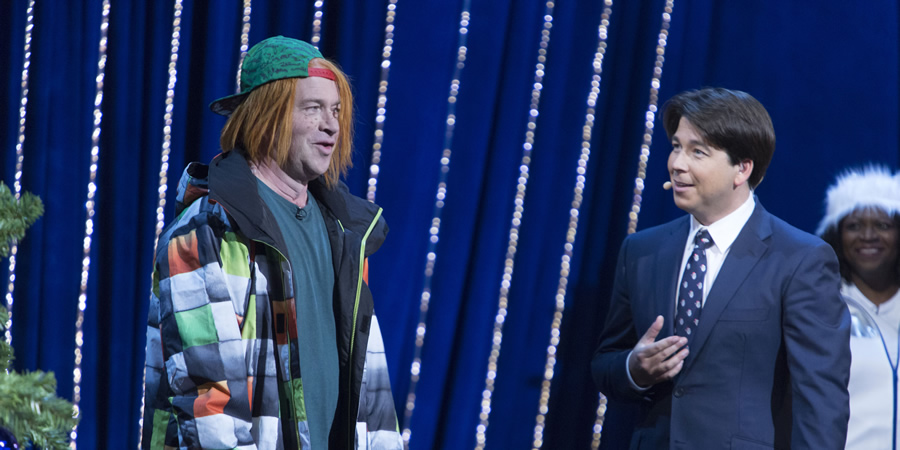 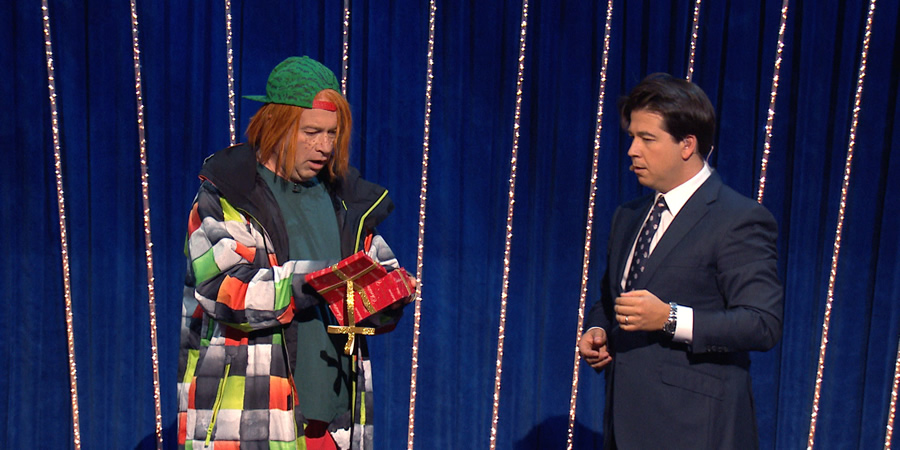 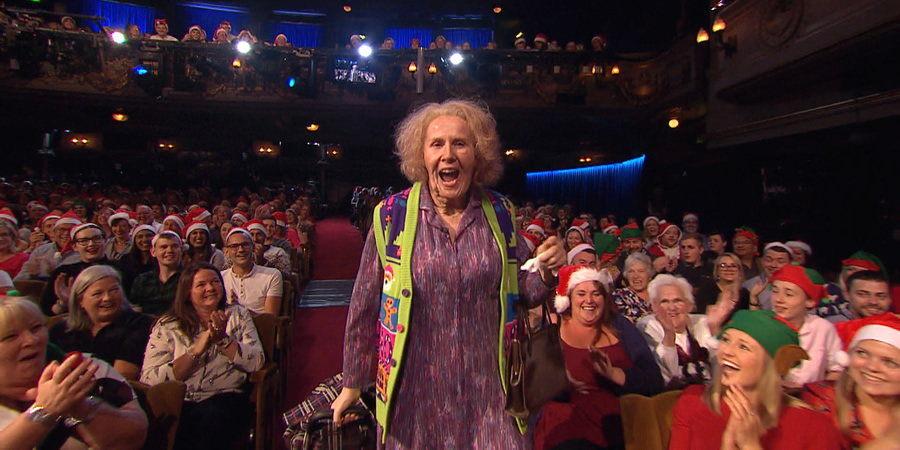 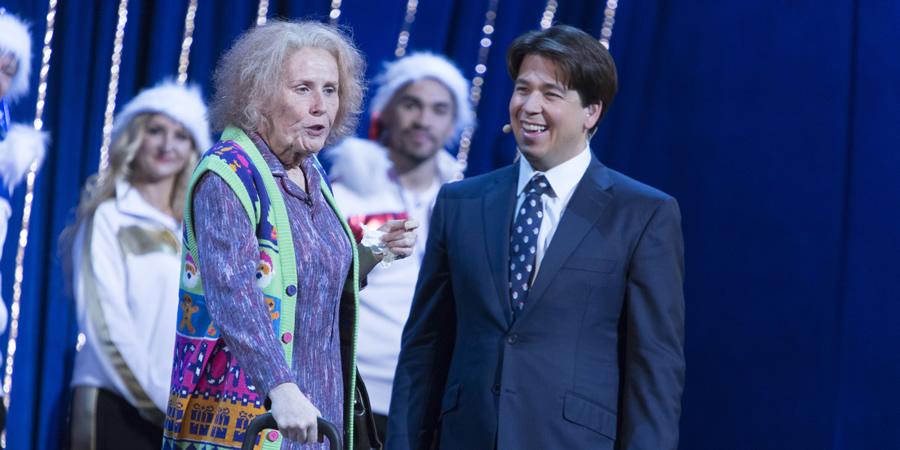 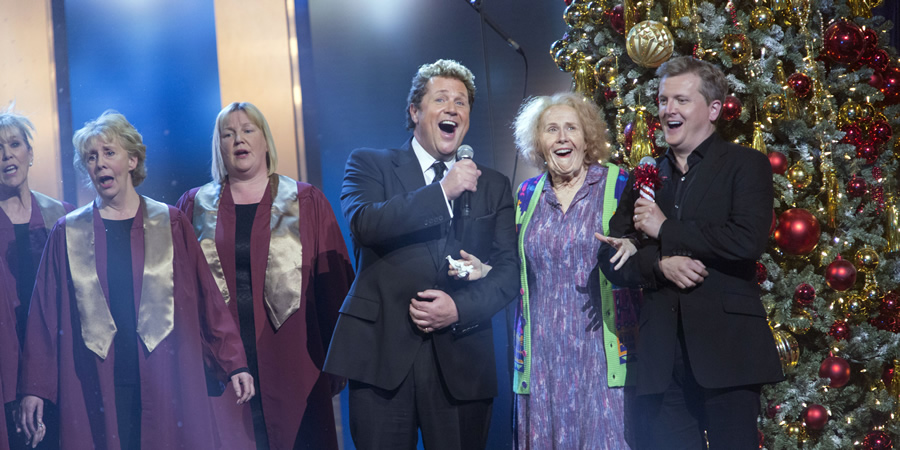 What surprises do you have in store for the Christmas episode?

We've got lots of surprises, we have very special guest performances form Harry Enfield playing Kevin the teenager, Catherine Tate playing Nan and lots of Christmas games to reflect what people are going through at Christmas! We have got games about filling the fridge up with food and untangling Christmas tree lights, it's very silly! 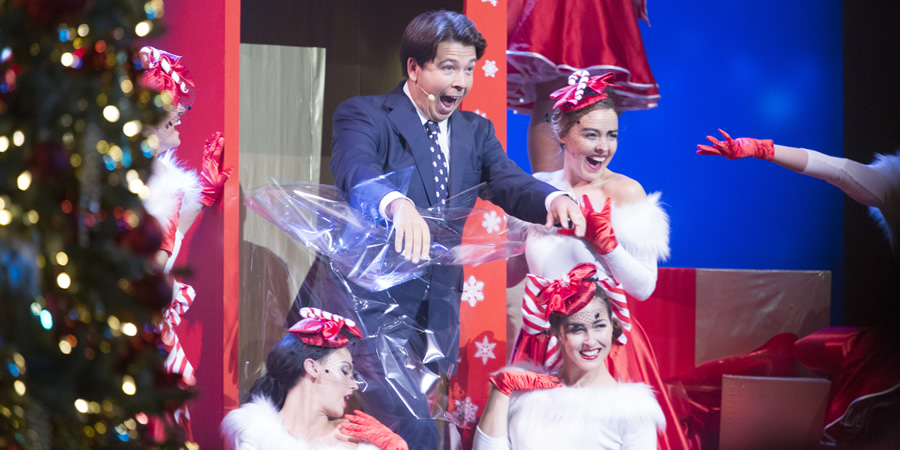 What can you tell us about the Unexpected Star of the Christmas episode?

The Unexpected Star item is really heart-warming, exciting, sweet and very ambitious, we surprise a whole choir! They are an amazing choir of twenty-one NHS nurses from Scotland who are amazing characters and wonderful people. The audience loved the nurses singing at the end of the show, it was a magical Christmas moment.

Who is playing Send To All in the Christmas special?

Aled Jones is playing Send To All sitting next to the Snowman. At one point it snows on them as he sings "Walking in the Air". Can you get more Christmassy than that? I don't know if you can! 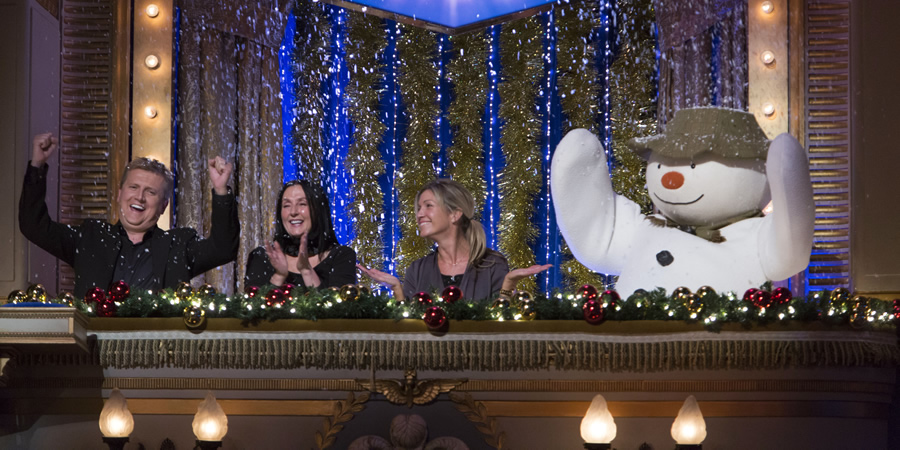 How does it feel to have a show on Christmas Eve?

I've made three shows for Christmas Day and made so many jokes to reflect what the viewers are going through at home, slumped on the sofa in a paper hat having eaten and drunk way too much. But having a show on Christmas Eve gave me so many new angles for jokes and fun. Christmas Eve is the most exciting time of the festive season for kids, and now that I'm making such a family show it's the perfect time to be on the telly.

I'm grateful for anything, as long as I don't have to open it in front of the person who gave it to me, and there's a gift receipt.

What is the best Christmas present you have received?

Christmas presents are a much bigger deal when you're a kid. I don't remember anything I've got for Christmas since I was a kid, I don't think my wife remembers anything I've got her. I gave my mother a present once, she opened it, put it on the arm of the sofa, it was still there the following Christmas!

Twenty one nurses from the The Forth Valley Nurses Choir thought they were auditioning to be part of a Christmas show...

Send To All with Aled Jones

Michael sends an embarrassing text from Aled's phone to his contacts and the replies he gets are great!