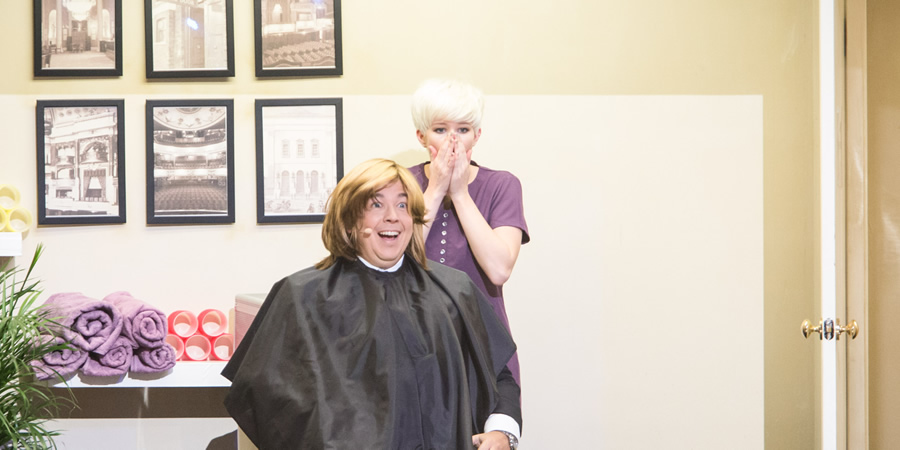 Also in the show, Michael plays his favourite game, Celebrity Send To All, which sees him going through former Spice Girl Geri Horner's mobile phone and sending a text to her phone book. Also, a member of the audience will be in for a very special surprise - she has come to the theatre to enjoy a fun night out with a friend only to find that all havoc is breaking loose at home in her absence.

At the end of the show, one unsuspecting member of the public will get the shock of their lives and have their dreams come true when they sing a very special duet with Michael Ball in Unexpected Star. It is a moment not to be missed.

This episode was recorded on Sunday 20th March.

Send To All with Geri Horner

Michael sends an embarrasing text message to everyone on the phone of the star of the Spice Girls.

Natasha, a hairdresser, gets a big surprise.