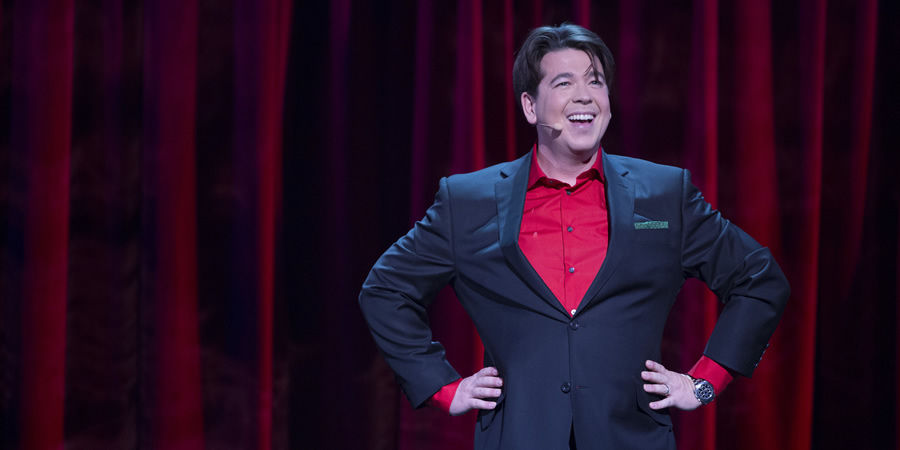 Award-winning stand-up comedian Michael McIntyre is back with his Big Christmas show, a night of entertainment recorded in front of a live audience at London's Theatre Royal Drury Lane.
Preview clip

Michael McIntyre's Big Christmas Show is an unmissable night of entertainment, recorded in front of a live audience at the Theatre Royal Drury Lane, London.

Michael presents the world's leading comedians, including Dara O Briain; the fabulous Dame Edna Everage; and ventriloquist and winner of America's Got Talent, Paul Zerdin - as well as music superstars Ellie Goulding and Sir Tom Jones - for a night packed with festive treats and surprises.

Expect the unexpected as Michael provides his own inimitable take on Christmas, with a little help from an unsuspecting audience and some star guests. It's a night at the theatre you won't want to miss!

The magic of Christmas Day

Michael McIntyre on the excitement of everyday things during Christmas Day!