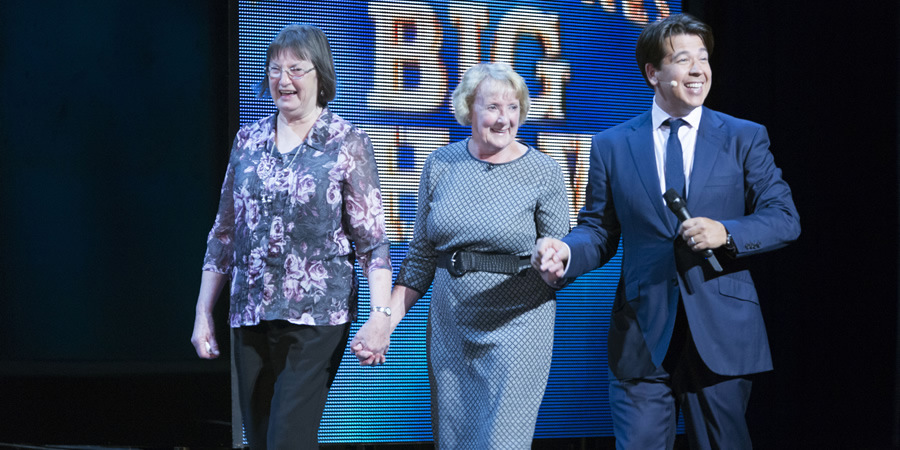 This week there's comedy from Russell Howard and music from One Republic.
Preview clips

This week there is comedy from funny man Russell Howard, a performance from One Republic and an audience member gets the shock of her life when she plays Soap Or Nope ahead of her 80th birthday.

Furthermore, Alexander Armstrong hands over his phone to play celebrity Send To All, where Michael sends a text of his choosing to Alexander's phone contacts. Michael goes undercover to surprise this week's youngest ever Unexpected Star.

Alexander Armstrong plays Send To All, and there's more highlights in store too.

Send To All with Alexander Armstrong

Alexander Armstrong has some posh friends... but Charlotte Church is not in his phone book.

Schoolgirl Brooke becomes the Unexpected Star as Michael McIntyre pretends to be a fortune teller.