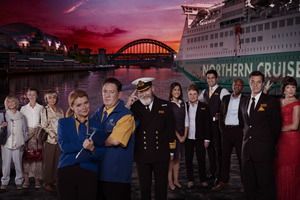 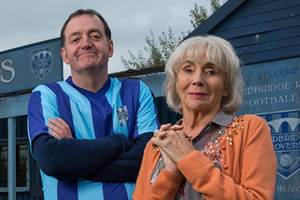 The Cockfields to return for Series 2

Gold has ordered a second series of The Cockfields, the sitcom starring Joe Wilkinson and Diane Morgan.

There were no major dramas in the first instalment of this three-part comedy and there are none in the gloriously mundane second part either. Unless you count a minor altercation with a neighbour (Dan Renton Skinner) about a hedge.

I can't wait to see what happens to them next, even if it isn't very much at all.

I've only seen the first episode though - maybe everything goes pear-shaped in the next two parts. I'll certainly be watching to find out.

The Cockfields: the Royles with a middle class makeover

Thank gawd it's not just my family, then. The Cockfields (Gold), a three-part sitcom about a bloke taking his girlfriend home to meet his parents, is crammed with lines so true to life, it sometimes felt like a documentary.

Joe Wilkinson has become known as the weird one on panel shows such as 8 Out Of 10 Cats Does Countdown. But in this all-too-relatable three-part comedy, he actually turns out to be the normal one at the centre of other people's oddness.