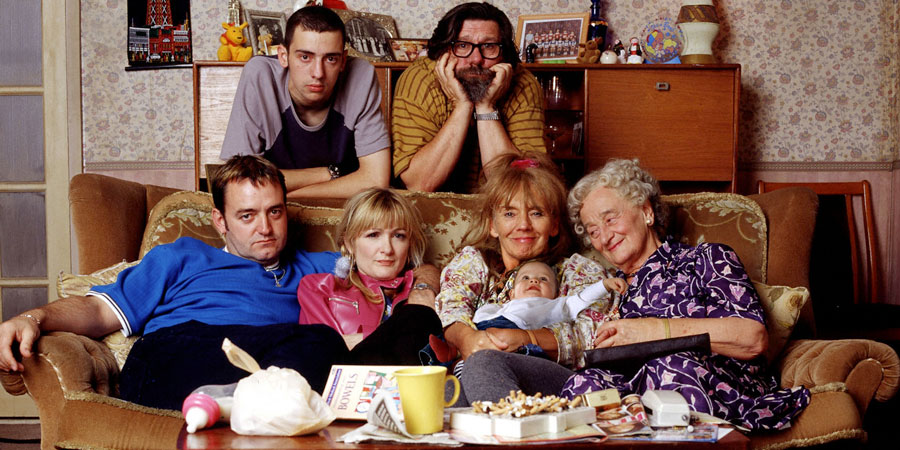 The Royle Family is the tale of a painfully average - if not somewhat slobbish - working class family living in the north west of England.

Head of the family, and with TV remote at his side, is Jim. He belches, farts, scratches his arse, and is often heard updating the family on the status of his bowels. Then there's Barbara, Jim's long-suffering, dutiful wife. She cooks and cleans with negligible effect, and when not in the kitchen is more than likely to be found slobbing it out in front of the telly with Jim.

Their youngest child, Antony, is constantly referred to as a 'lazy streak of piss' by his father, but in actual fact is hardest working of the family, and certainly displays more aptitude than everyone else put together - although he's still no major bright spark.

The clan is rounded off by Nana, Barbara's slightly dotty mother; Denise, and her husband Dave. Whilst Dave does show an inkling of normality at times, neither he nor Denise have a spare braincell between them - not that that stops the peroxide blonde's ability to manipulate and shirk any and all responsibility, even with her own child!

Throw in a light sprinkling of neighbours, girlfriends, extended relations, casual acquaintances, and the formidable but unseen Beverley Macca, and the very special Royle brew is complete.