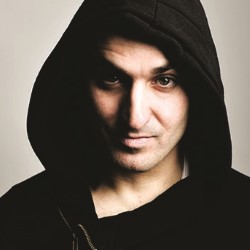 New comedy play written by multi award-winning comedian Patrick Monahan. Set on a tower block estate this is a story about people who live double lives and hide secrets. The story centres around Malcolm, a hapless hitman (played by Patrick Monahan), and his world which includes Gary Colman as the target, Lucy Frederick, the quirky nosey neighbour and Archie Maddocks, the ubiquitous mugger. Directed by Maggie Inchley.

A new comedy play written by multi award-winning comedian Patrick Monahan. Set on a tower block estate, this is a story about people who live double lives and hide secrets.