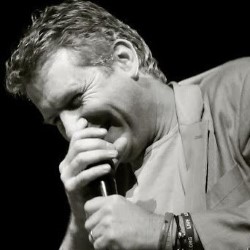 Fringe favourite and star of Channel 4's The Last Leg and BBC One's Live at the Apollo, Adam returns to Edinburgh with a new hour of spontaneity and joy. Sundays with BSL interpreter. 'Friendlier than a drunk Labrador' (BBC Radio 6 Music). 'Hills delivers stand-up so effortlessly brilliant you wonder why some comedians even get out of bed' (Guardian). 'If you cannot enjoy Adam Hills you cannot have a pulse' ***** (Scotsman).

Widely referred to as 'the nicest man in comedy', Adam Hills has fast become one of the most popular comedians in the UK, with 15 solo shows that have toured internationally. His combination of positive, uplifting comedy and rampant spontaneity has seen him receive numerous awards, glowing reviews and a legion of fans around the world.

As host of Channel 4's groundbreaking The Last Leg, Adam won 'Best Breakthrough Act' and was nominated for 'Best Entertainment Personality' at the British Comedy Awards in 2013. 2015 has seen Adam return to The Last Leg for it's sixth series, as well as three Election Specials with another series commissioned for later this summer.

Adam's solo shows are established highlights at international comedy festivals around the world. He is the only Australian comedian to have performed at the US Comedy Arts Festival in Aspen, and is a regular star of the Cat Laughs Kilkenny Comedy Festival in Ireland, and The Just For Laughs Festival in Montreal.