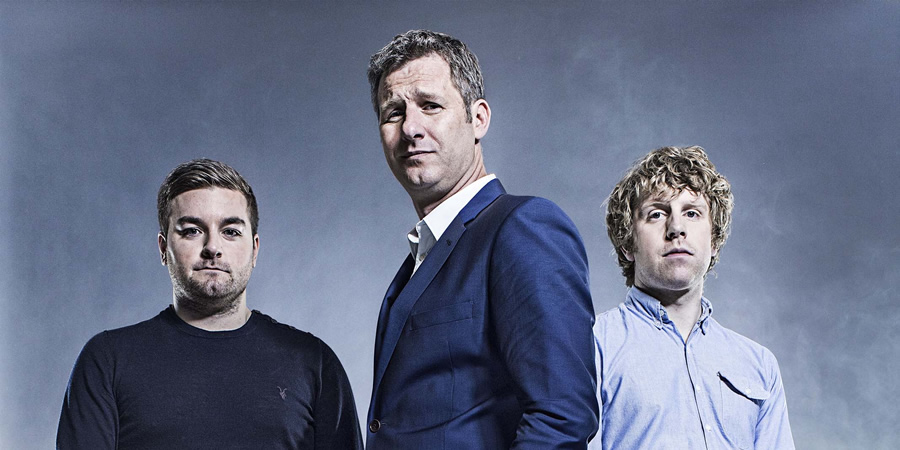 The Last Leg started life as a nightly alternative review of each day at the London 2012 Paralympic Games, showing all the best gems of action and, in the process, taking a sideways look at the intricacies of disability sports.

Host Adam Hills was joined each night by his eagle-eyed sidekicks Josh Widdicombe and Alex Brooker, as well as guests from the worlds of sport and entertainment, to pore over the golden moments from the Games, confront some of the widely held views associated with Paralympic sport, and answer the questions viewers were always afraid to ask. The show was a big hit with both viewers and the press, with some episodes attracting over a million viewers. As a result, the show has continued post-Games...

From the second series onwards, a studio audience and celebrity guests join Adam, Alex and Josh to take on the big issues of the week's news.

The format also continues the all-encompassing question that brought so much attention through the Paralympic Games: 'Is it OK?' Viewers at home and the live studio audience are encouraged to ask this question about anything from the week, without fear of judgement.

See also: Last Leg: The Correspondents. An online series in which the hosts introduce investigative reports from comedians.

Tagline
Three men with four legs try to make sense of the news
Production company
Also known as
Soundtrack
The theme song is Harder Than You Think by Public Enemy.
Laugh track
Yes and no; it varies