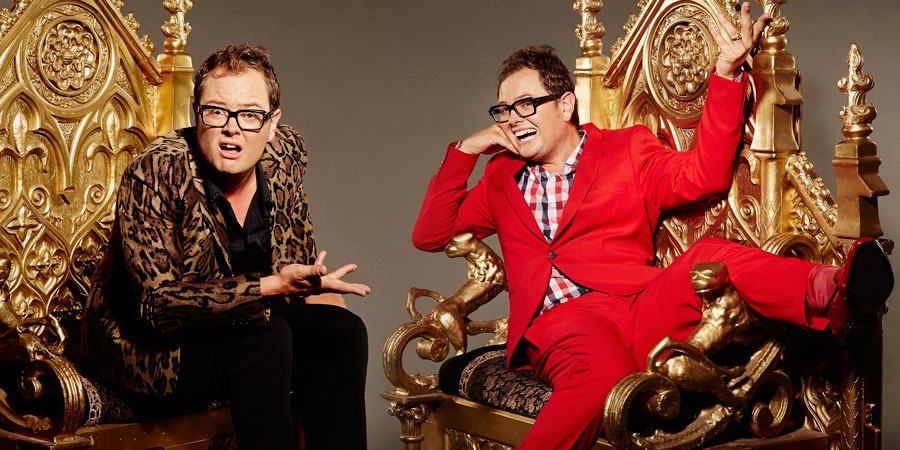 Alan Carr hosts his very own entertainment chat show, packed with topical chat and comic news. Each week the comic is joined by celebrity guests who settle down for a natter and pick a drink from his array of bottles.