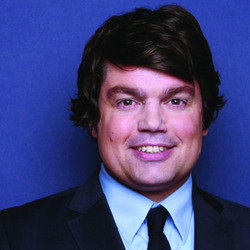 Unique in his position as award-winning circuit comedian, International singer and Tap Dancer (winner Let's Dance for Comic Relief on BBC One) Charlie Baker takes the job of ALL ROUND entertainer very seriously.

Baker's Dozen promises to be a funny packed hour of brilliant stand-up and music you bought and now regret, from Bob the Builder to Poker Face via Shaggy's It Wasn't Me. You bought them so Charlie has to sing them.

In a year that has seen him write and film his own sitcom, tour the world as a stand-up as well as having many TV and theatre projects in development, Charlie's career continues to go from strength-to-strength.

After being hired as a warm up artist on shows such as Friday Night with Jonathon Ross, Mock the Week and Would I Lie To You, Charlie was soon asked to perform in front of the camera as a panellist in his own right. Recent appearances include; team captain on A Short History Of Everything Else (Channel 4), two series of Never Mind the Buzzcocks (BBC Two) and Rob Brydon's Christmas Special (BBC One)

2010 saw Charlie appear as a regular on Richard Bacon's Beer and Pizza Club (ITV4) and also starred in the last series of The Comedy Store on Comedy Central in 2011.

Charlie Baker is a versatile talent, not only a much in demand stand-up comedian, but also a accomplished and highly acclaimed jazz-singer and actor which has seen him star in The IT Crowd (Channel 4), Dr Who (BBC One), and Miranda (BBC One).