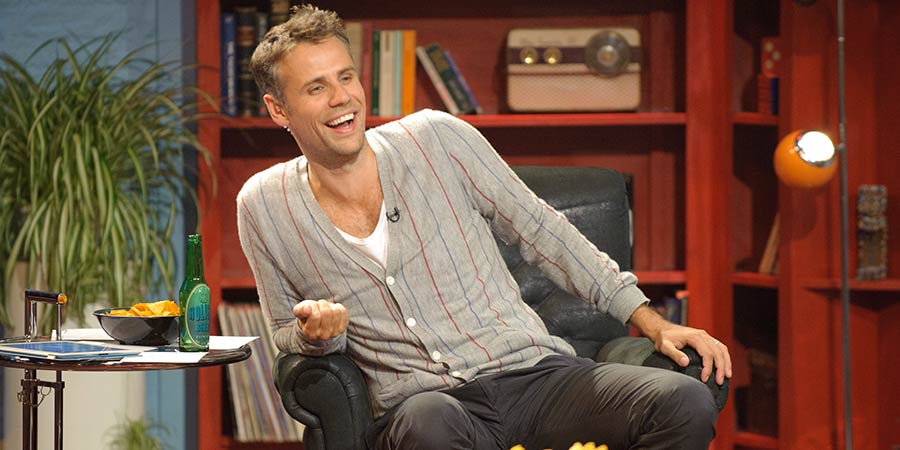 Richard Bacon presents a manly chat show where the guests eat pizza, drink beer and debate all of the issues that matter to the modern man

Richard Bacon invites showbiz pals and viewers into 'his living room' for beer, pizza and chat.

Three guests from the world of comedy and showbiz join Richard to eat, drink and discuss the kind of subjects which men normally only discuss in private.

Each guest brings a big question to the show which the rest of the club answer. Some of the questions and topics discussed include The Most Underrated TV Show Ever; The Worst Album You Ever Bought; The Most Famous Person You've Ever Touched; and The Condiment You Could Solely Live Off For A Week. Points are awarded for the best answers.