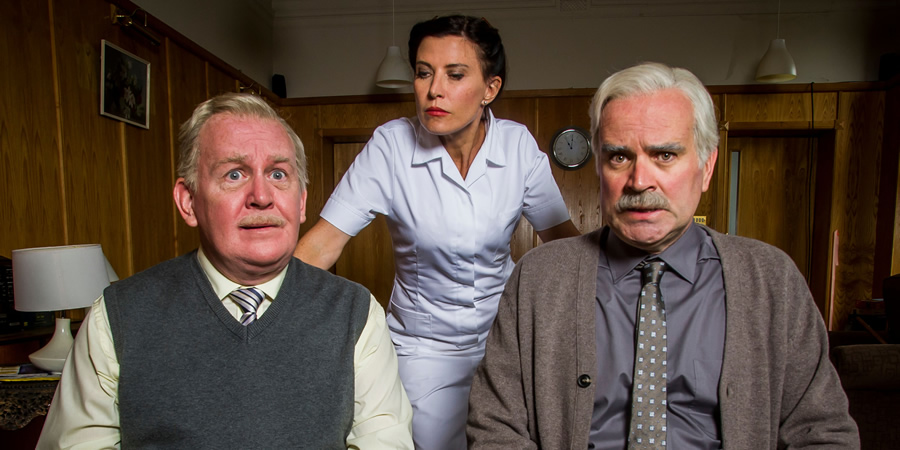 Emotions run high as Jack, Victor and the residents gather to watch the demolition of a Craiglang tower block. Tam drags Winston into a new money-making scheme and Jack and Victor are enticed by Mrs Fletcher, the beguiling manager of the local care home.
Preview clips

The regeneration of Craiglang gets underway as the residents jostle for position to see one of the tower blocks coming down. Councillor McVitie, a Craiglang man born and bred, reassures Jack and Victor their Osprey Heights flats are safe so it comes as a shock when it emerges it's next for demolition.

While everyone else is heartbroken at the end of an era, Tam spots an opportunity to cash in and persuades Winston to join him in his filthy new venture. Meanwhile, Jack and Victor meet the charming Mrs Fletcher who lures them with her fabulous temporary accommodation arrangements at the Braemar Care Home. But all is not as it seems.

At the Clansman, there's a 'Goodbye Craiglang' party planned but with Jack, Victor and Isa barred from going, Boabby, Navid and friends take matters into their own hands.

Winston and Tam are in the money

Navid's locked in the care home... time for some extreme measures.