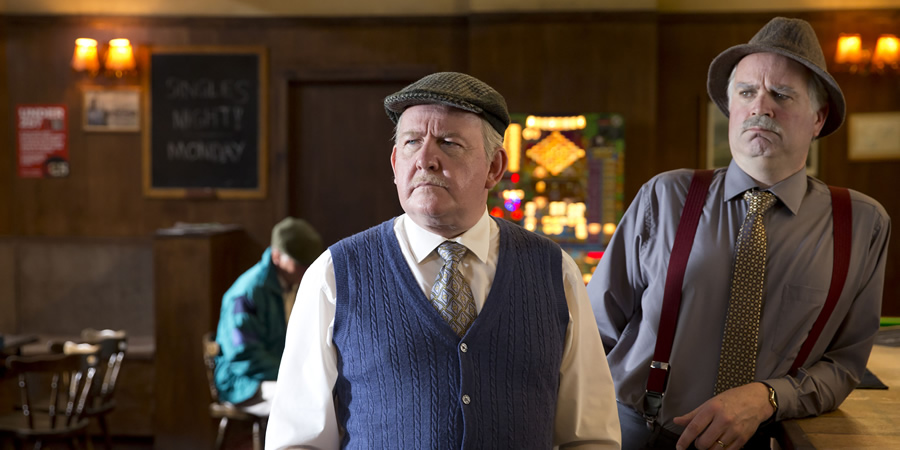 Craiglang's residents can't resist the temptation of the Futuroo catalogue. Meanwhile, Winston prepares for the arrival of his brother, Walter, and Jack needs help after having a long bath.
Preview clips

Craiglang's residents can't resist the temptation of the Futuroo catalogue and its innovations to 'make life that wee bit easier'. However, it quickly becomes apparent these gadgets do anything but.

Meanwhile, Winston receives a registered letter which sees him prepare for the arrival of his brother, Walter. As Jack and Victor spar over whose gadget is best, there's a spot of sibling rivalry between Winston and Walter.

Later, Winston confronts Walter on the real reason for his surprise visit and Jack needs help after taking himself off for an unfeasibly long bath.

Navid and Isa have just heard that the new series of Still Game is coming soon...

Isa shows Jack and Victor her new method of dealing with cold callers.

Isa has a look around Winston's shopping basket.