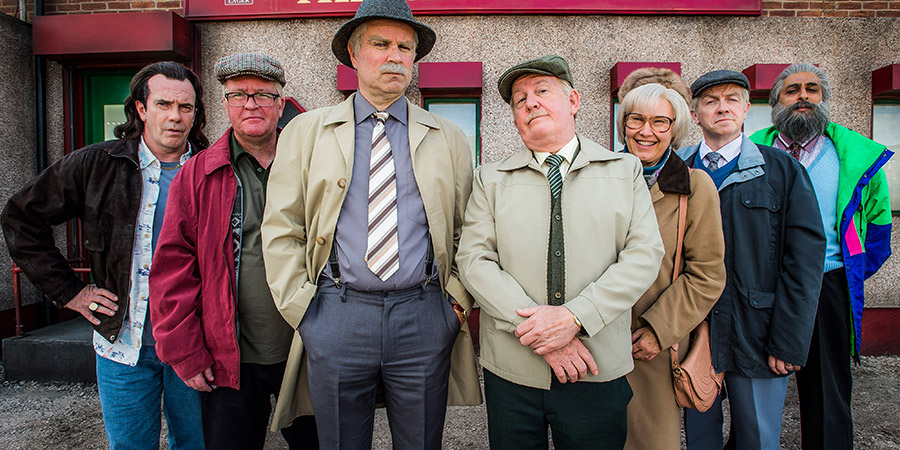 Scottish sitcom about pensioners Jack and Victor, a duo who strike a blow against ageism with their rascally antics

Still Game follows the antics of pensioners Jack and Victor as they live out their latter years in Osprey Heights, a tower block in the fictional Craiglang area of Glasgow. Both now widowed, the men have been friends since childhood and despite their frequent bickering have an obvious bond. Affable old boys, the men are always ready for adventure and with their wry sense of humour, are happy to prove that growing old is about more than just a free bus pass. Jack and Victor reminisce of years past whilst contemplating the state of today's society, sharing their bittersweet observations of life alongside their neighbours, friends and other local characters.

The butt of many a joke is good friend Winston Ingram. Eternally immature and always on the lookout for an easy buck, Winston is frequently barred by Boabby the barman from their local boozer, The Clansman. Another estate regular is fellow neighbour Tam Mullen, for whom things always seem to come good, much to the frustration of Jack and Victor.

Keeping an eye on them all is Osprey Heights gossip queen, Isa Drennan. Carrying an unrequited flame for Winston, Isa uses her work in the community to keep her nose in everyone's business. She also works as a cleaner in the local corner shop run by the king of one-liners, Navid Harrid, the long suffering husband to soap-opera loving wife, Meena.