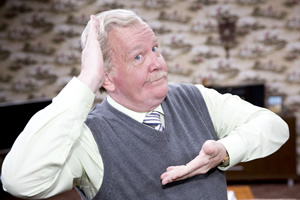 Jack lives in Osprey Heights, sharing a landing with his best friend Victor, and the local gossip, Isa Drennan.

Jack's wife Jean died a number of years ago, and his daughter Fiona moved out to Canada with her family, leaving Jack alone in Craiglang.

Jack is nothing if he's not part of the Craiglang community. He celebrates the fact they exist together as a unit - if one of them is not quite right, they rush to help out. Jack spends most of his time with Victor, often visiting their local pub, The Clansman, and is happy to be led by Victor when it comes to decision making. He's also known to speak up when he's unhappy with something... or someone. 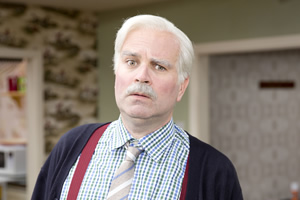 Victor enjoys a drink in the local pub where he socialises with his friends Winston, Tam, Eric, Shug. Plus, Jack of course. He and Jack have been friends for over 60 years, and now that their wives have both died they keep each other company most days. They're more than friends, they're like brothers.

The duo have some obvious similarities but are also very different - Jack can be quite wide-eyed and child-like whereas Victor can be quite cynical. He can also be crabbit and blunt. Nevertheless, he cares about his group of friends and is never happier than when they're having a laugh together (sometimes at Boabby's expense) in The Clansman over a pint. 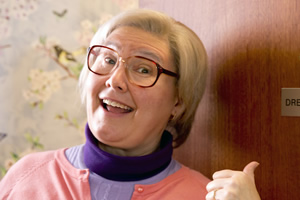 Isa is the biggest gossip in Craiglang. She will stop at nothing in her quest to find out the latest tidbits.

Isa has the inside track on everyone and working in Navid's shop as a cleaner gives her the chance to clean up on Craiglang's gossip. As much as the men sometimes roll their eyes when they see her coming, there's a real love and friendship towards Isa and she's regarded fondly in the local community. Isa might have a big mouth but she's got an even bigger heart. 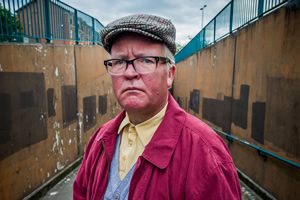 Winston likes finding ways to make a bit of money to top up his pension. His previous schemes have included being a lollypop man to get all the Christmas gifts from the kids and turning Navid's shop into a catering business in his absensce.

Winston's achilles heel is gambling and his arch nemesis is Stevie the Bookie who he hates with a passion. This is because Stevie's shop normally ends up taking most of his hard-earnt cash and, the one time Winston made a profit, Stevie did a runner.

A good friend of Jack and Victor's, Winston had his leg amputated after his 80-a-day smoking habit caught up with him but he's an unstoppable force, with a limp. Winston has a strong moral compass and often tends to be the first to reprimand Tam for being mean with money. 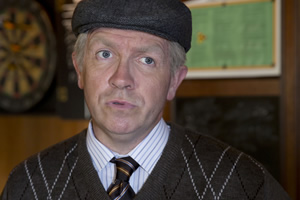 The most obvious thing about Tam Mullen is that he is tight with his money. He is a complete miser and is therefore always looking for ways to save money, get freebies and live of other's generosity.

Married to local librarian Frances, Tam became a first time dad to Tam Junior at the age of 70 and immediately cashed in on this with advertising deals and TV appearances. Despite the fact they clash over cash, Tam is closest to Winston proving that opposites attract. 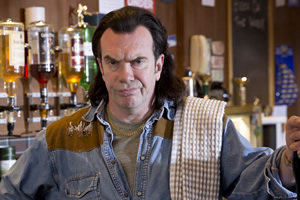 Boabby (or 'Boaby' / 'Bobby') is the barman at Jack and Victor's local pub The Clansman (or Jenny's as it was known for a while).

Boabby is often the object of Jack and Victor's jokes but he gives as good as he gets... sometimes.

Customer service is not a strong point for this barman, he can be snide and rude to the pensioners who prop up his bar but he is fond of them. He always has a new nickname for Jack and Victor when they come into the Clansman but they usually shoot him down with their rather robust comeback.

Although Boabby is sarcastic and gobby, he cares about the community and especially Isa, sticking up for her whenever anyone does her wrong. 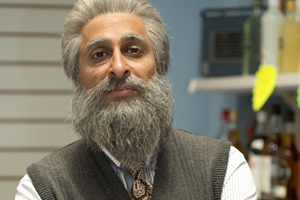 Navid runs the local shop with his wife Meena, who often nags him from the stockroom.

Grumpy and blunt, Navid is the master of one-liners and although he moans about Meena, he loves her with all his heart. A practising Muslim, Navid watches from afar, secretly wishing he could join in with the others. Navid speaks in a unique way that combines his native Indian accent with various Glaswegian slang terms. 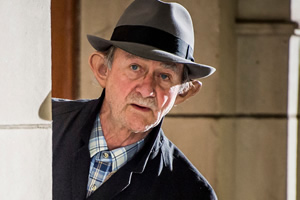 Shug is another regular in The Clansman. He sometimes gets mixed up in Jack and Victor's adventures. 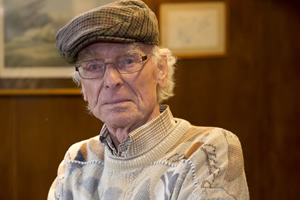 Eric is a local in the pub who enjoys sitting at the end of the bar and chatting to whoever is in the pub. 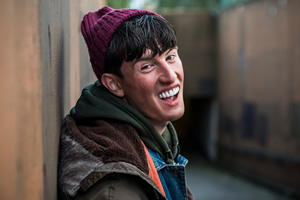 Methadone Mick used to be homeless and addicted to drugs, but thanks to the help of Boabby, Jack, Victor and the other locals he is now straightening out his life. When he went for a job interview, he had his teeth polished... which you might be able to see.

Mick is not always the cleverest when it comes to some of the basics in life, but he has a hidden talent for being good with words.